Back in 2014, Apple won their lawsuit against Samsung when the California federal court held the Korean electronics giant guilty of copyright infringement on Apple's patents. The court had ordered Samsung to pay a whopping $119.6 million to Apple as compensation. Primarily, Apple had filed for copyright infringement on three patents; quick links, auto-correct and slide-to-unlock. While they did win the patent wars back in 2014, it seems like the tables are turning now.

The appeals court not only has rejected the federal court's verdict, but has also decided that Apple themselves have infringed on one of Samsung's patents! After going through all the information and the entirety of the case, the new verdict is that the technology used by Samsung in their smartphones for the recognition of phone numbers and other such data and turning them into interactive links is actually different from the technology used in quick link. The two other claims of copyright infringement against Samsung were considered to be downright invalid by the court and thus discarded.

Samsung commented on this matter through a spokesperson who considered the verdict to be "a win for consumer choice." Apple on the other hand, had nothing to say on the matter so far. On a side note, Apple is now trying to convince the US Supreme Court to stop Samsung from appealing against a different case which had earlier ended up in Samsung's agreement of paying $548 million in damages.

Samsung and Apple Team Up Against Qualcomm
Samsung

You read that headline right, although the "team up" part might have been a bit overstated! But you can't really blame me for my excitement, given the two company's historic rivalry and court contests. In a seemingly strange turn of events, it looks like Samsung is backing Apple in their ongoing legal battle with Qualcomm. Samsung is not alone in making its support towards Apple's case public though, because Intel too is onboard this "alliance." But then again, Intel does have a very big stake in the matter as well.

Apple had sued Qualcomm for $1 billion with support from the Federal Trade commission, in accusation that the chipmaker is using its position in the US market to force Apple into paying very high and unreasonable patent royalties for their baseband processor. As expected, Qualcomm sued them back by launching another lawsuit in return, which stated that Apple is not making payments that they are supposed to, as per previous agreements. Since Qualcomm is now trying ban Apple from selling and importing any iPhone that doesn't run on a Qualcomm affiliated chip, Samsung and Intel are trying to make sure that doesn't happen. Given that Apple is now buying chips from Intel, while Samsung and Qualcomm are no longer partners, this move actually makes sense. 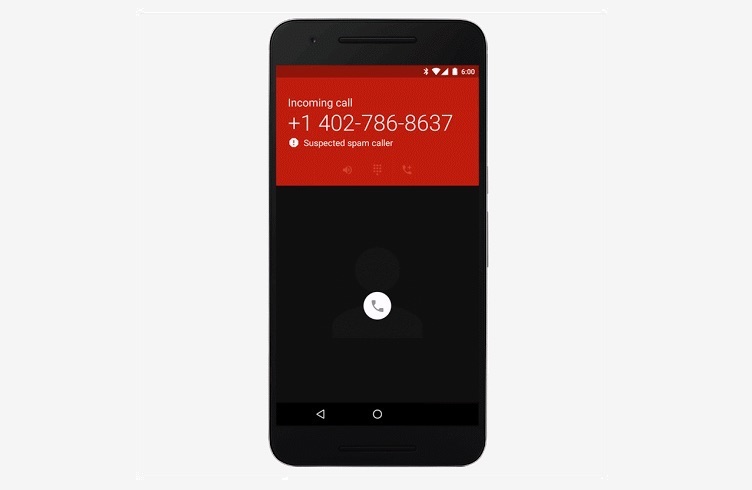 The good news is that Google has now rolled out an official update for Android powered devices that will warn you as soon as spam callers call your number. The bad news is that this update and the ensuing features are only available to Android One and Nexus devices. We bet hardcore Google loyalists are feeling pretty smug right now!

Google posted the following via its own social media website, Google+.

"Spam callers be gone! Today, we're beginning to update your Google Phone app with spam protection on #Nexus and #Android One devices to warn you about potential spam callers,"

Spam Protection should become effective as soon as you download and install the update but in order to use the feature, you will have to have Called ID turned on from the settings menu of your phone. In addition to providing protection against the spammers, there will also be an option to report the shady numbers as spam. You can simply block the number from the app itself if they continue to bother you with repeated phone calls.