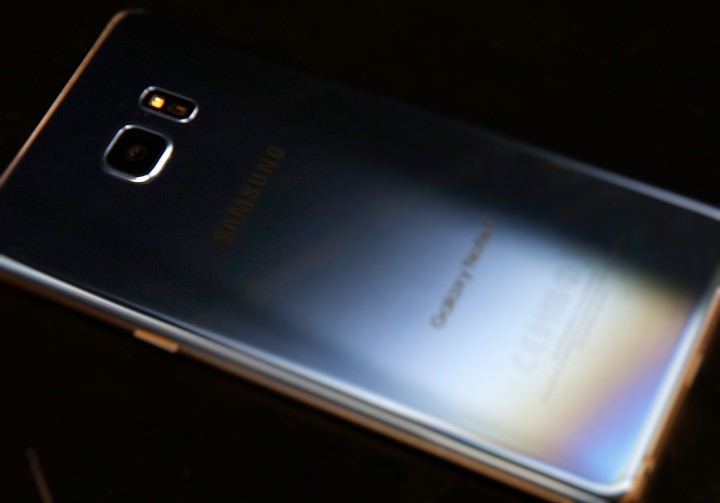 Many experts had speculated that Samsung is just going to release one flagship smartphone this year, the Galaxy S8. However, that turned out to be hogwash as Samsung confirmed that they do plan to launch the next Note later in 2017 as always. The rumors are already going around about the "Note 8," even when the S8 itself is still months away from being launched! Nevertheless, here are a few of the most popular rumors that are going around about the next Galaxy Note from Samsung.

This one is almost a safe bet as we are quite confident that an improved version of the iris scanner which we already saw on the Note 7 earlier in the year will make its way to the Note 8. In fact, it should also be a part of the S8 as well.

The Korean Herald had already reported that the dual-lens module with 20-mp sensors is going to be a part of the S8. If that turns out to be true, then the Note 8 will definitely have it as well.

It is no secret now that Samsung is going to launch a personal digital assistant (Bixby) very soon and when it does, we are sure that it will make its way onto the Note 8 as well, unless something unexpected happens of course.

The Galaxy S8 was rumored to sport a 4K display, but recent reports are suggesting that Samsung may stick with the tried and tested 2k display instead. This has led many to believe that Samsung is reserving its 4K Super AMOLED display for the next Note device with advanced VR capabilities.

To be honest, we think that this one is a stretch and 6GB of RAM is much more likely to be the Note 8's RAM capacity than 8GB. Then again, you may never know!

Spotted by SamMobile and leaked through Samsung ‘by mistake,' we now have the official Korean promo of the Galaxy Note 9, ahead of time. As you can see in the video, "the new super powerful Note" appears at the end of the promo, with the new golden S-Pen, a bigger battery and support for 1TB memory cards being the main highlight.

To be honest, there wasn't much left to the imagination to begin with, since leaks and renders had already showed the Note 9 from every angle, but even then, this video is a confirmation of the form factor and a few features nonetheless. Take a look at the video above and tell us what you think of the upcoming Galaxy Note 9 and if you are interested in buying it.

Apple's next iPhone might still be months from release, but the latest render video has left nothing to the imagination! The video has been created via the joint effort of Concept Creator and OnLeaks, both of whom are among the best render artists and leaksters respectively, in the smartphone industry. Check it out first before we talk about it further.

Whether they decide to call it iPhone 11, XI or XR2, almost everyone in the industry is sure that this is exactly how the next premium iPhone will look. Although a video says it better than anything I can possibly write, here are some of the highlight points of the new design by Apple, that we found in the video.

·        Adoption of the iPad's vertical slider to incorporate the mute button

·        The infamous notch is here to stay, although you may miss it due to the wallpaper