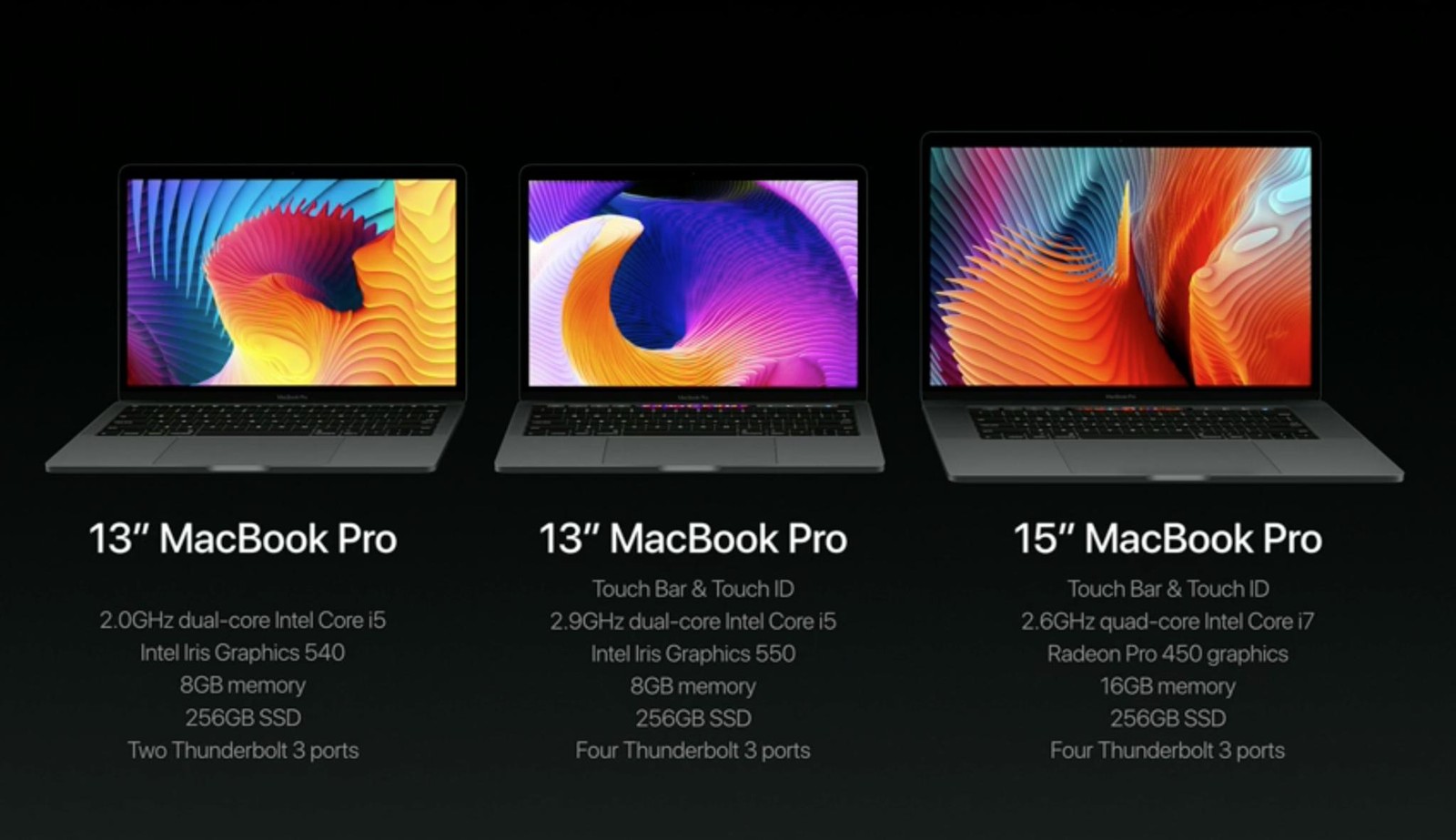 The Apple event this Thursday revealed a piece of software and a new series of upgraded laptops to us. Unfortunately, the TV app designed for Apple TV and all iOS devices won't be available for us to check out till December. The other announcement or the main focus of the event was the new line of MacBook Pro laptops that we knew were coming.

Apple brings an OLED Touch Bar to the new MacBook Pro that will enable easily access to Photoshop shortcuts, emojis, FaceTime and any other third party app that will eventually begin to support it. Touch ID brings added security and Apple Pay to your laptop via a fingerprint scanner that's identical to what we are used to seeing on the iPhones.

The new line is even thinner than the previous gen MacBook Pros, with the 15-inch model weighing in at just four pounds. It was good to see that a multitouch glass trackpad has been added which is more comfortable and easier to use, thanks to its significantly bigger size. In fact, even the backlit keyboard feels better to type on, due to of larger keys and a new design.

Connectivity is limited to four Thunderbolt 3 ports and surprisingly, a 3.5mm audio jack. What this means is that it is impossible to plug in even the new iPhones or the new EarPods into the laptop without using a dongle. You will need a separate dongle for pretty much everything else as well unfortunately.

The new Pros are powerful machines, designed to handle any tasks hat you might be throwing at them, thanks to the latest i5/i7 processors, separate GPUs, 16GB of RAM (maximum), flash storage with 3.1GBps/2.2GBps read/write speeds and a display that offers better colors at higher brightness levels than the previous gen MacBooks.