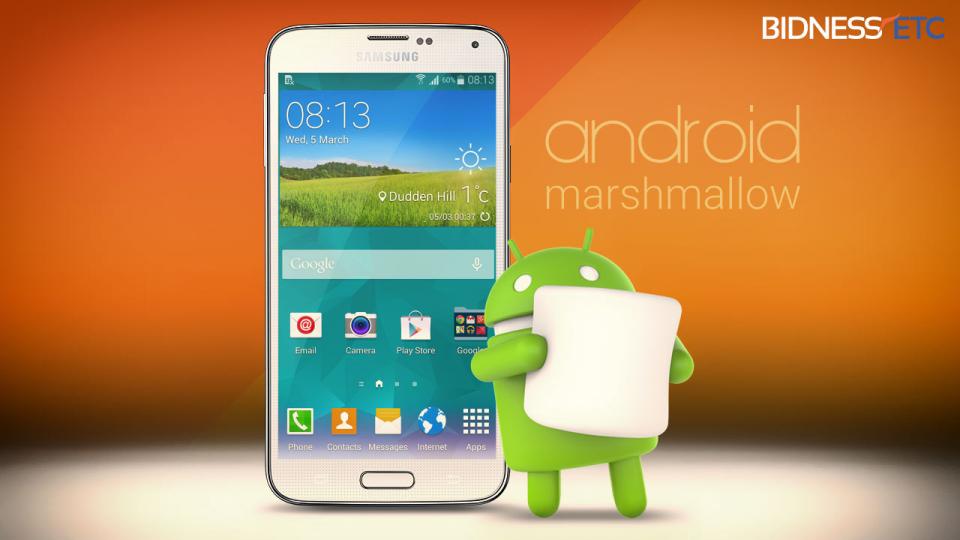 The Galaxy S5 was unveiled in 2014 as their flagship device by Samsung and back then, it was a pioneer in terms of the innovations that it brought to the Samsung smartphone line-up. It was the first Samsung smartphone ever to sport a heartbeat sensor, a fingerprint sensor, as well as having dust and water resistance capabilities. Nonetheless, it is over two year old now and smartphones do have a tendency to age fast. If you have a S5, then you would be pleased to know that Samsung has not forgotten about it yet. The latest reports suggest that after rolling Android M as an OTA update in South Korea earlier, the Korean manufacturer has now started to roll out the same updates for the S5 in Trinidad and Tobago as well.

As far as we know, the latest updates are being released for the SM-G900M and earlier, they were upgrading the SM-G900L in South Korea with Android Marshmallow. Provided that you are in Trinidad and Tobago, go to Settings, About device and Check for updates to see if the update has arrived on your Galaxy S5 yet. Once the 1.47GB package does arrive and you complete the update, the Android version on your phone should change to 6.0.1 and the firmware version to G900MUBU1CPC3.

If you are neither a resident of South Korea or Trinidad and Tobago, you will have to wait longer for the update unfortunately. If it is any consolation, the update is coming to your Samsung Galaxy S5 for sure, albeit a little later.