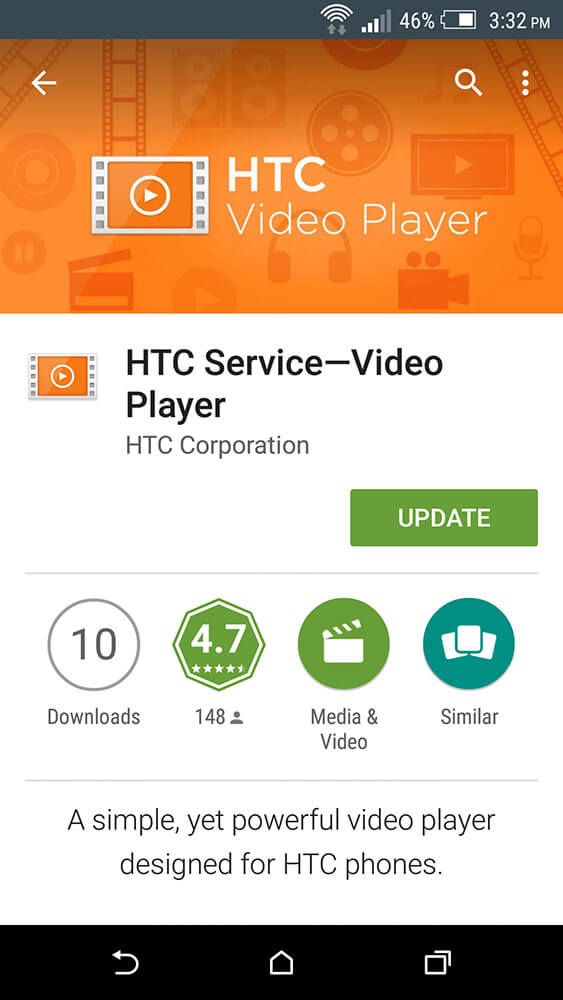 HTC is still publishing it's main OEM system Apps on the Play store for easier updates regardless of firmware versions, operator approval. Today, HTC just published it's Video Player App for HTC Sense. The App is available to a selected HTC devices. 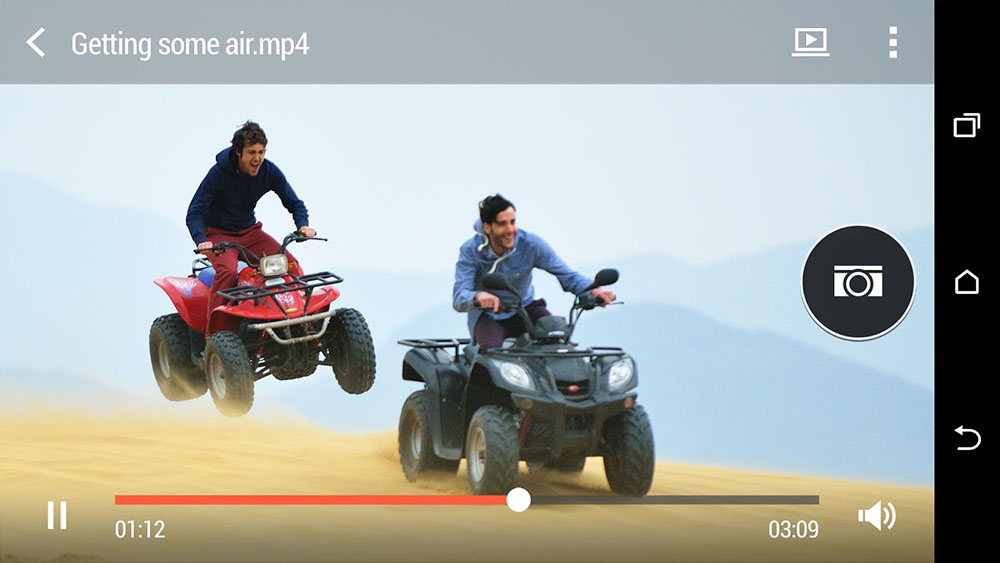 You can download the HTC video player version 6.5 APK from the link below, or wait until the update hits your HTC device via Google Play Store. 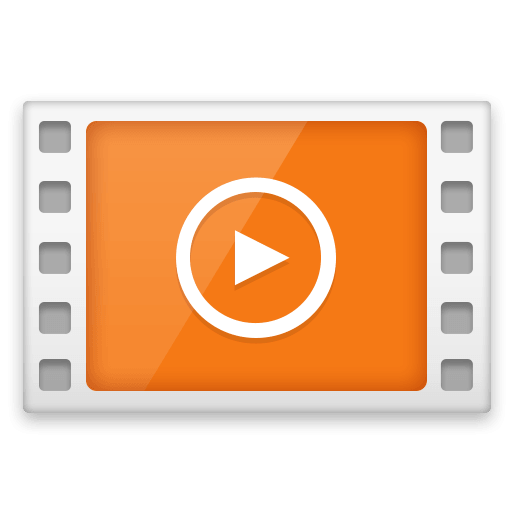 Android TV is coming this fall and manufacturers are preparing their upcoming products to conquer people's living rooms. Asus is one of them, and leaked benchmarks of this upcomng device that will be called "Google Nexus Player" shows the company is testing its first Android TV set-top box.

The unannounced set-top box runs Android L and packs a quad-core 1.83GHz Intel x86 CPU and a PowerVR Rogue G6430 GPU complete with 1GB of RAM and 8GB of internal storage. The system has undergone tests on 23.7" and 31.9" displays, both of 1080p resolution.

While seeing an Intel CPU inside an Android TV set-top box is a bit unexpected, it's certainly cool to see Intel stepping up its game in the Android world. Google says Qualcomm, Nvidia, MediaTek and Marvell chips will also get their primetime in Android TV products.

MX Player for Android, One of the best Media players on the Play Store, has just been updated to version 1.7.30 with some bug fixes. The update is available to all Pro and Free version users. MX Player offers many codecs compatible with all Android devices, which enables the device to play any video format smoothly with subtitle support and many other features. 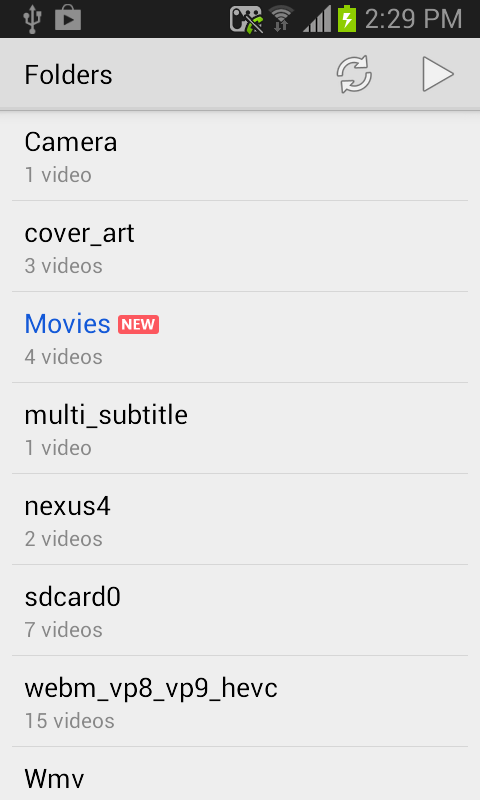 You can Download MX Player 1.7.30 Now for Free or If you don't like Ads and want to enjoy some more features grap the Pro version from the links below. 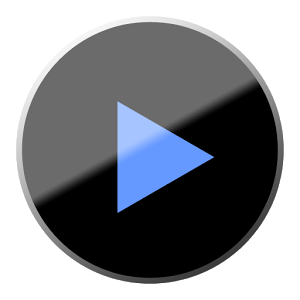 The most popular Video player on the Play Store, MX player, has just been update to version 1.7.38 with various improvements. The App already adopted the Material Design UI since version 1.7.30 with a new icon and customized themes too.

In this New version, MX Player brings a new background Play Interface along with Full Android TV support, it also adds a subtitle speed control in the settings.

The most popular Video player on the Play Store, MX player, has just been update to version 1.7.39 with various improvements and bug fixes. The App already adopted the Material Design UI since version 1.7.30 with a new icon and customized themes too.

In this New version, MX Player brings a new background Play Interface along with Full Android 5.1 Lollipop support, it also adds a subtitle speed control in the settings.

The most popular Video player on the Play Store, MX player, has just been update to version 1.7.40 with various improvements and bug fixes. The App already adopted the Material Design UI since version 1.7.30 with a new icon and customized themes too.

In this New version, MX Player brings a new background Play Interface along with Full Android 5.1 Lollipop support, it also adds a subtitle speed control in the settings.

If you've ever been to a casino or logged onto an online one, you'll notice - or rather you won't - how much time you tend to spend there. It might feel like only 30 minutes have gone by when in fact it's been a few hours! One of the most notorious games for letting time fly past is roulette. One spin can take up to a couple of minutes to occur, it is not always as instant as you might think. If you've got the time to spare now, why not hit up a roulette wheel and see just how fast time flies https://casino.betfair.com/c/roulette

Casinos - where time stands still. Or rather, where time doesn't exist. Okay, that might sound a little crazy but one thing about casinos you may or may not have noticed is that there are no clocks on the walls. This is just one of the ways in which casinos keep you engaged and interested in the games you're playing. There are no incidental ways to stumble upon the time and remind you you're late for a family dinner. Even when you open up your casino app, you'll find there's no clock on your screen anymore.

There are, of course, rumours that you hear about brick-and-mortar casinos. Some people will claim that casinos are pumping additional oxygen into the air filtering systems to keep their customers awake and, in turn, focussed on gambling. Other casinos have dispelled particular rumours, announcing that they do, in fact, release pleasant smells in particular areas to convince the customer to stay there longer. For example, if you're playing on a slot machine and it smells like lavender, you're more than likely going to hang around for that extra spin.

Ever heard of being ‘hypnotised by the screens'? This is one of the most common ways that online casinos keep their customers engaged. Clicking is becoming second nature to a lot of mobile and online users and more importantly, it is satisfying. A lot of people associate clicking these days with ‘liking', ‘purchasing' or ‘accepting' - when you're clicking online there are only a handful of times that it is associated with something negative. This means that when you're logged into an online casino, clicking is generating a positive sensation.

Keeping your mind free from distraction is a common way to maximise engagement. When in a casino you might notice that the décor looks like a dice. The carpets might be in the shape of diamonds. The walls painted red and black. There are so many ways in which a casino will keep you focussed, and a key way to do so is to prevent you from thinking about anything else. Any form of decoration would be related to the casino in one way or another, from the colours of the croupier's uniform to the paintings in the bar.

If you think you can escape it, you certainly can't - or rather it would take a lot of self-awareness and mind-power. Casinos are designed with you in mind, from the minute you walk in the door you are more than likely presented with the chance to play a slot machine. You might even log onto an online casino and have pop-up ads for certain offers and deals. We find it best to sit back and enjoy the ride. After all, why go to a casino in the first place if you're not looking to make the most of it.