ASUS has just started to roll out Android Marshmallow updates to the ZenFone 2 Laser (ZE500KL) and this package addresses something that many users had been complaining about since launch. The ZenFone 2 Laser, in addition to all other ZenFones in the series, comes preloaded with plenty of apps that some users may find annoying. If you are not a fan of the preloaded bloatware either, you will be happy to know that this latest update will not only upgrade your phone to Android M, but will also remove most of those applications by default.

Here is a list of all the pre-installed applications which will no longer be a part of your ZenFone 2 Laser, once it has been upgraded to Android 6.0 with Build number 13.10.6.16_M3.6.44.

There will also be a few new apps installed on your ZE500KL once you perform the upgrade, but thankfully, the list is not nearly as long as the list above. Dr. Booster, Google calendar and Google Messenger are the only three new applications that you will find on your phone post upgrade. If the package has already arrived on your smartphone, here are a few things that we recommend for you to keep in mind before you go through with the download and installation.

Backup your data and move all media files to your micro-SD card.

Move all applications to your internal storage because after this update, your ZenFone 2 Laser will lose support for APP2SD.

Stay signed into your Google and ASUS accounts in order to be able to use the Multi-user feature on your smartphone.

Once you are done, let us know if you really like the bloatware free experience or would you have preferred it if the Taiwanese company left a few of the removed apps on board?

Asus ROG phone 3 was launched the previous month in India with a single model that comes with 8GB RAM and 128GB storage model. The company is planning to launch another variant with 12GB RAM and 256GB storage starting from August 21. This configuration is exclusively offered via Flipkart. The phone comes with a 144Hz display refresh rate and is powered by the Snapdragon 865 + SoC. Asus took the Twitter to announce that the Asus ROG phone 3 upcoming variants will go on sale in India for the first time on August 21. The device is slightly more expensive than the existing one and will be available via Flipkart. The phone is available in a black color option alone that looks pretty rock-style for its specific audience.

The Asus ROG phone 3 runs on Android 10 with ROG UI on the top. It features a 6.59-inch full HD+ AMOLED display with a 144Hz refresh rate. The phone is powered by the octa-core Qualcomm Snapdragon 865+ SoC, paired with up to 12GB LPDDR5 RAM. Asus has provided up to 256GB of onboard UFS 3.1 storage that doesn't support expansion through a microSD card. ROG phone 3 features a triple camera system on the rear side including a 64MP as a primary camera, a 13MP secondary sensor, and a 5MP tertiary sensor with a macro lens. For selfie images, it features a 24MP sensor at the front of the camera.

The phone is powered by a massive 6,000mAh battery that also supports 30W fast charging. For Connectivity it uses 5G, 4G LTE, Wi-Fi 6, Bluetooth 5.1, GPS/ A-GPS/ NavIC, USB Type-C, and a 48-pin side port. There is also an in-display fingerprint sensor. The phone further offers ultrasonic sensors for the Airtrigger 3 and grip press features.

Android TV is coming this fall and manufacturers are preparing their upcoming products to conquer people's living rooms. Asus is one of them, and leaked benchmarks of this upcomng device that will be called "Google Nexus Player" shows the company is testing its first Android TV set-top box.

The unannounced set-top box runs Android L and packs a quad-core 1.83GHz Intel x86 CPU and a PowerVR Rogue G6430 GPU complete with 1GB of RAM and 8GB of internal storage. The system has undergone tests on 23.7" and 31.9" displays, both of 1080p resolution.

While seeing an Intel CPU inside an Android TV set-top box is a bit unexpected, it's certainly cool to see Intel stepping up its game in the Android world. Google says Qualcomm, Nvidia, MediaTek and Marvell chips will also get their primetime in Android TV products. 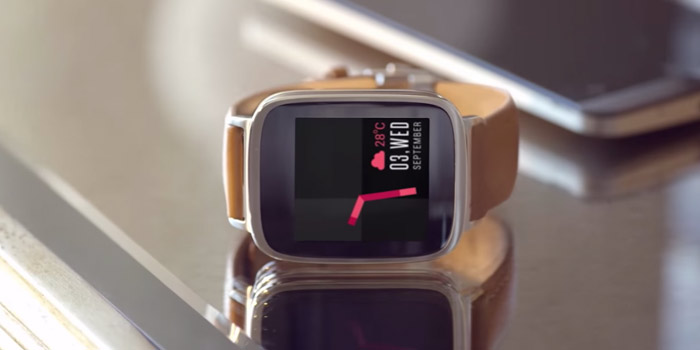 The Google Store has started carrying ASUS' ZenWatch 2, which offers the latest Android experience while starting at fairly lowprice of $149 USD.

The ZenWatch 2 looks a lot like its predecessor ZenWatch, however, it is much-improved in many ways. The device boasts a larger battery with fast charging and up to 66 hours of use in between charges, built-in Wi-Fi connectivity, 512MB of RAM, and 4GB of internal storage.

The ZenWatch 2 is also IP67-rated for dust and water-resistance like many of its rivals, but unlike most, it comes in two sizes. The Google Store is offering the 45mm option with a rubber strap in Light Aqua, and the 49mm option with a leather strap in Navy Blue. 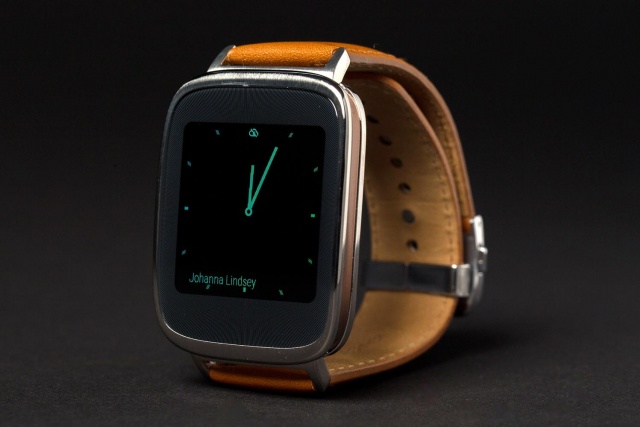 Curved glass and a stainless steel watch casing that conforms to your wrist, with soft leather or rubber straps for all-day wear. Choose from two sizes for an ideal fit.

Wellness support for mind and body

Change up your look with a choice of over 30 exclusive watch faces, or create one of your very own. Customize the background picture, color, number style, and more.

Goes all day with over 24 hours of battery life and only takes an hour to charge back up to 80%.

For specification detail, check out the link below.