Samsung has a tradition of launching the Galaxy S series around Feb or March since the first S series. And now we have rumors of an early launch, which is hard to believe but because of the uncertain situation amid the pandemic, anything can happen. Recently, a reputable leaker with a Twitter handle named job_processor uploaded a tweet about the early release of the Galaxy S series.

He isn't always right but now seems very confident about his claim. He said that Samsung will announce the Galaxy S21, S21+, and S21 ultra on 14 January 2021, with pre-orders starting within a week. He also said that devices will be available for sale in the open market from 29 January. He further mentions the color of the devices as black, white, silver, violet, and pink in the same tweet. We already have a few leaks suggesting that Samsung is considering an early launch for the S21 series due to the coronavirus situation, though this is the first time anyone mentions January as the releasing month.

Other leaks regarding colors gave almost the same color options ranging grey, pink, and violet for the Galaxy S21, black and silver for the Galaxy S21+, and black, silver, and violet for the S21 ultra. Bear in mind that these are just rumors and no official release dates. Even if the rumor isn't true, we will have the S21 series by March 2021 in the market. The previous Galaxy S9 was released on 25 February and went on sale from 16 March. The Galaxy S10 was announced on 20 Feb and hit the market on 8 March, and the Galaxy S20 was announced on 11 Feb and went on sale from 6 March. In terms of price, we'd expect the devices to be in a similar position, with the Galaxy S21 being the cheapest and the Galaxy S21 ultra. 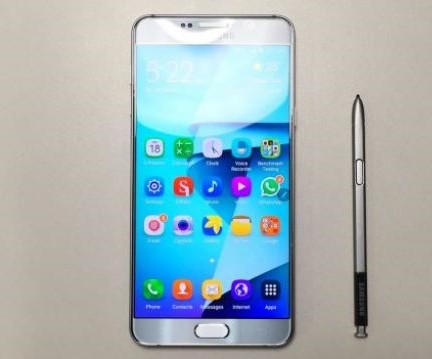 We have an official confirmation from the president of Samsung Mobiles, Koh Dong-jin, that the flagship will start receiving its Android 7 updates by the end of 2016 or possibly even sooner. He specified the timeline as "two to three months," so that's November by latest. This is good news for owners and fans of the phablet, especially for those who expected the Note 7 to come preloaded with Android 7.0 right out of the box.

In the words of Koh Dong-jin himself, "It is very important for us to offer up-to-date information with the new OS, but what's more crucial is to build a stable and seamless platform for users. That's why we are planning to do enough beta testing before any OS updates." Perhaps this is the reason as to why the Note 7 came preloaded with Android 6.0.1 Marshmallow instead of Nougat like many rumors predicted it will. We do agree that it is better to take time in providing a less buggy and more stable experience to the users than just rushing out with a version of the latest OS that feels like a downgrade. However, with the LG V20 announced as the first smartphone to sport the seventh version of Android, Samsung better not delay it too much.

The Galaxy Note 8 May Launch Sooner than You Think
Samsung

While most of us know by this point that Samsung will be launching the Galaxy Note 8 at an exclusive event, instead of introduciing it at the IFA like it did with the previous gen Note smartphones, the exact launch date has been quite dubious so far. What we do know is that the launch event will be held in New York City and the date is likely to be set in the last week of August. In spite of all previous rumors pointing towards a an August 26 launch date, the latest report from The Bell is stating that the launch date will be even sooner and is set on August 23.

This news falls in line with the speculation which another South Korean source had made at nearly the same time, but they did not mention the date specifically as August 23 though. While all these are only rumors at this point of time, there is no denying that rumors have been surprisingly accurate in the recent history, especially when it comes to Samsung smartphones. Would you be happy if Samsung showcased the Galaxy Note 8 in August or it would be all the same for you if they did so in September? Let us know in the comments.