Tags - comprehensive
Is EaseUS the Only Comprehensive Solution for Data Recovery and Backup that You Will Ever Need?
Software 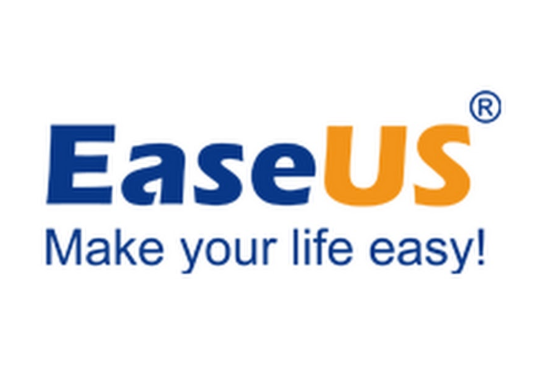 Data can be lost from computers in more ways than one, but EaseUS promises to be the only solution you will ever need to both back up current data and to recover any lost data. Most of us have lost important documents, precious images and much more at some point and it never feels good, but is the EaseUS Data Recovery Wizard Free version actually the only software we will ever need to help us out in such situations? Well, it certainly seems like so!

The only way to absolutely make sure that you never lose any of your data is to back it up on a daily basis. All hardware storage devices in existence are susceptible to unforeseen crashes, which makes backing up data all the more necessary. With the help of the all new and updated EaseUS Todo Backup Home, users will be able to do exactly that as they can set up the software's automatic backup feature to consistently ensure that everything is always backed up on the cloud. Ideally, this should save you even the trouble of having to use EaseUS's deleted data recovery feature itself! 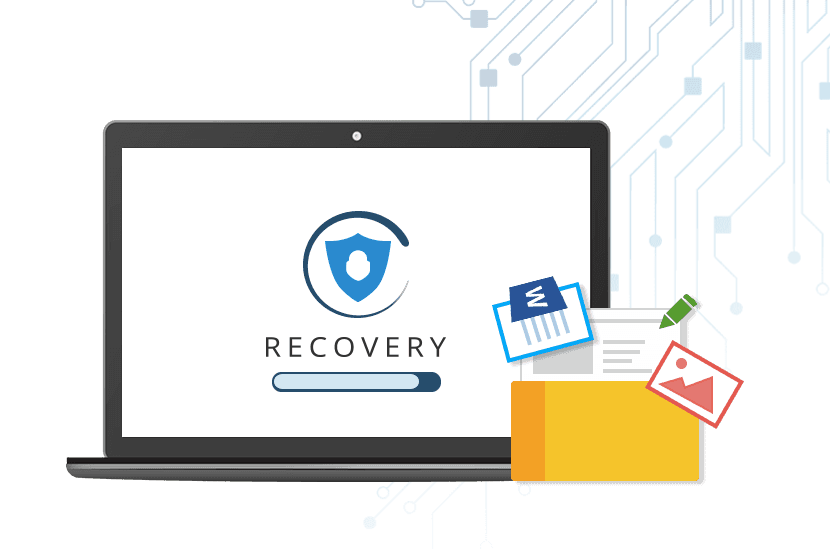 Whatever storage unit the data was lost from, it is almost an assured thing that EaseUS supports deleted data recovery from that specific piece of hardware. This means that USB drives, memory cards, HDDs, SSDs and just about any other type of PC/Mac storage unit all kinds of flash storage devices are supported by the software, as far as data recovery is concerned. 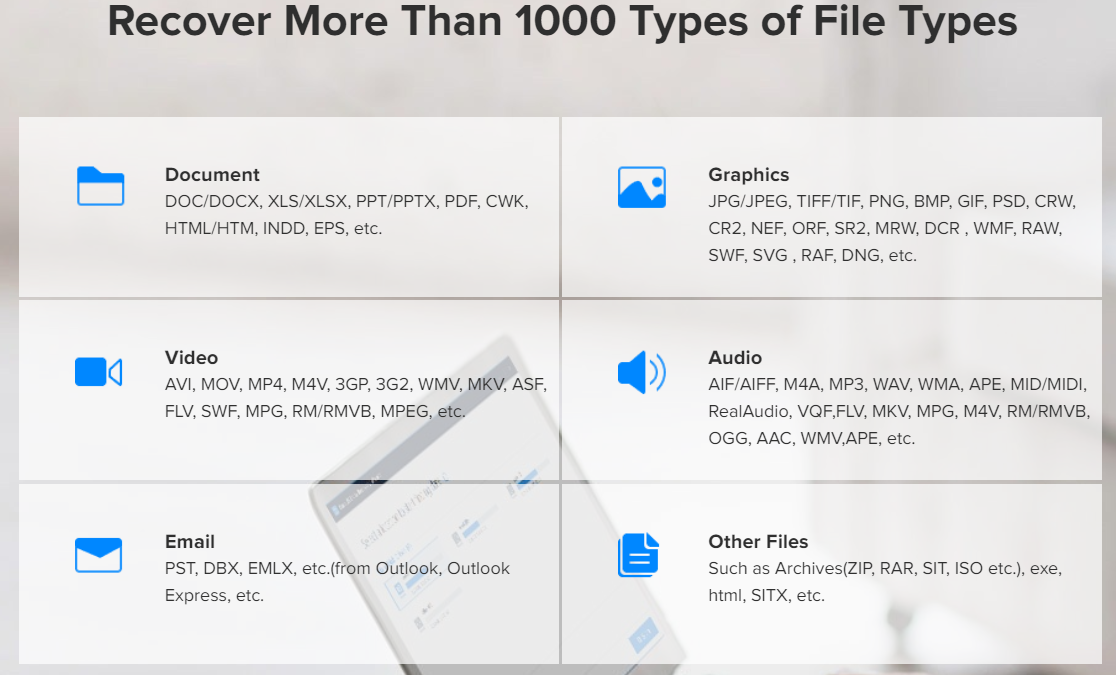 Just like EaseUS supports almost all storage devices, the software also supports the recovery of almost every common data type out there. The total number exceeds 1,000 easily, so it would be impossible to list them all here. Nonetheless, the following list should give you an idea about the supported file formats.

Recovery is Available for Most Types of Data Loss

Depending on how you have lost the data and what was done after that, the success rate of any data recovery tool will vary, but EaseUS supports data recovery in 3 easy steps, from most common types of data loss, which include the following.

·        Data lost due to formatting, crash, partitioning or hardware failure

·        Data deleted or lost due to malware related activities

As a pro tip, we would suggest stop using the device in question, right after the incident which resulted in the loss of data. The more you use the storage device, the higher are the chances of the deleted data being overwritten and lost forever. If you are a professional, we suggest getting the EaseUS Data Recovery Wizard Technician license, to service as many devices as you need to.

A number of new features have been added to the software, alongside multiple improvements in the stability and efficacy of the recovery tool. Among them, the following are the highlights.

Is EaseUS Worth Your Money?

Well, the short answer to that would be yes, but given that download free data recovery software from them and try it out yourself, it's not even a valid question really! If you like the features as much as we did after trying it out, you can pay for the full version, which comes with 24-hour customer support and a 30-day money back guarantee. 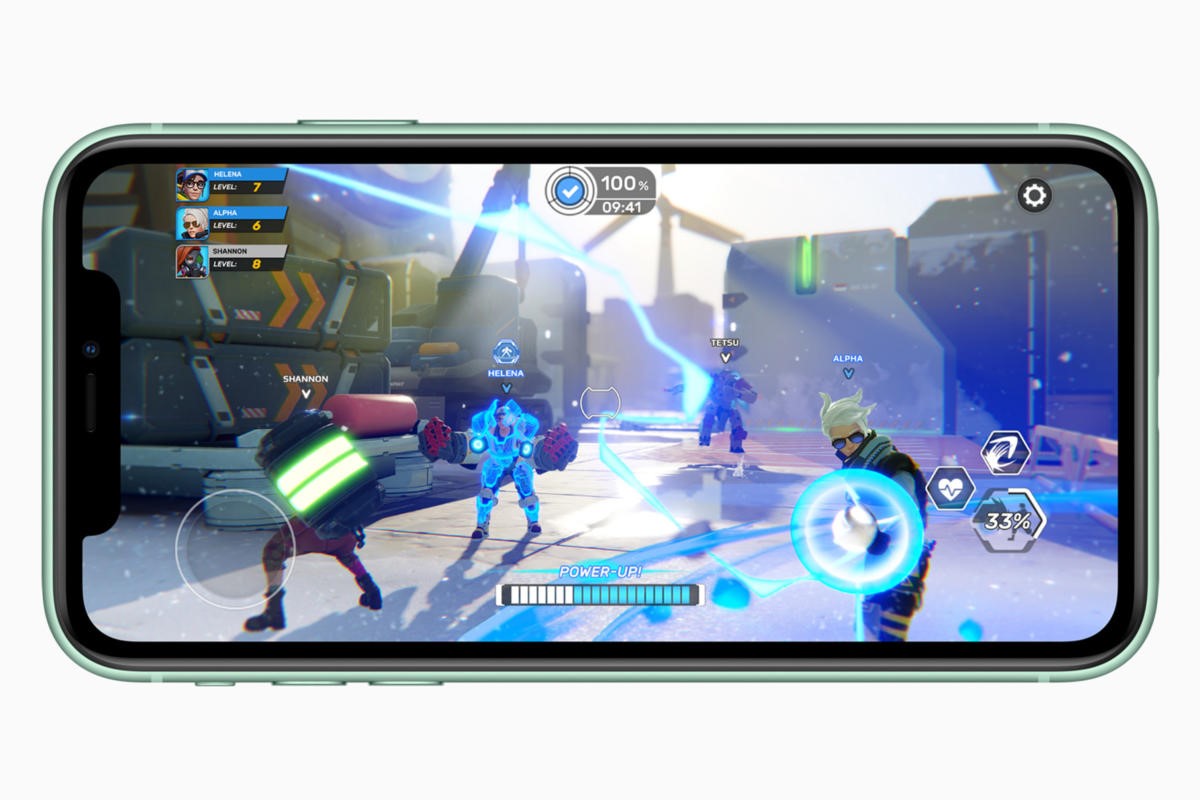 As graphics, touch sensitive buttons and general smartphone technology have improved, mobile gaming has come a long way over the last few decades. From games of Snake you may have enjoyed on your old Nokia, both serious and casual mobile gamers can now choose from a plethora of immersive titles as developers work tirelessly to produce the latest smash hit title.

However, whether you're due an upgrade, or want to take your mobile gaming experience to the next level, having the right equipment at your fingertips is essential.

With so much choice on the market choosing your new gaming smartphone can be a tricky challenge though. With that in mind we bring you our guide to the best phones for gaming in 2020..

Leading the pack for Apple's latest smartphone innovation, the 13th generation iPhone 11 Pro has been popular with gamers since its release in autumn 2019.

Serious players may want to opt for the impressive iPhone 11 Pro Max, which features a generous 6.5-inch screen, compared to 5.8-inches in the standard model, and a large battery life means it won't cut out as you chase that high score.

Both models are bound to impress, with the A13 bionic processor giving memorising speed during in online play.

However, retailing at north of £1,000, these stylish status symbol smartphones are a hefty investment, so those on a budget may want to consider other options.

Even Apple fanboys will be questioning their loyalties when they consider Samsung's latest flagship models.

Other tech to tempt Samsung cynics includes a 1440p Dynamic AMOLED screen, with the S20 and S20 plus offering a 6.2 and 6.7 inch display respectively. With these specifications, you'll be gaming with some of the most gorgeous graphics on the market.

The large battery space of 4,000mAh 0r 4500mAh for the S20 plus is a further consideration for those willing to take a chance with Samsung. 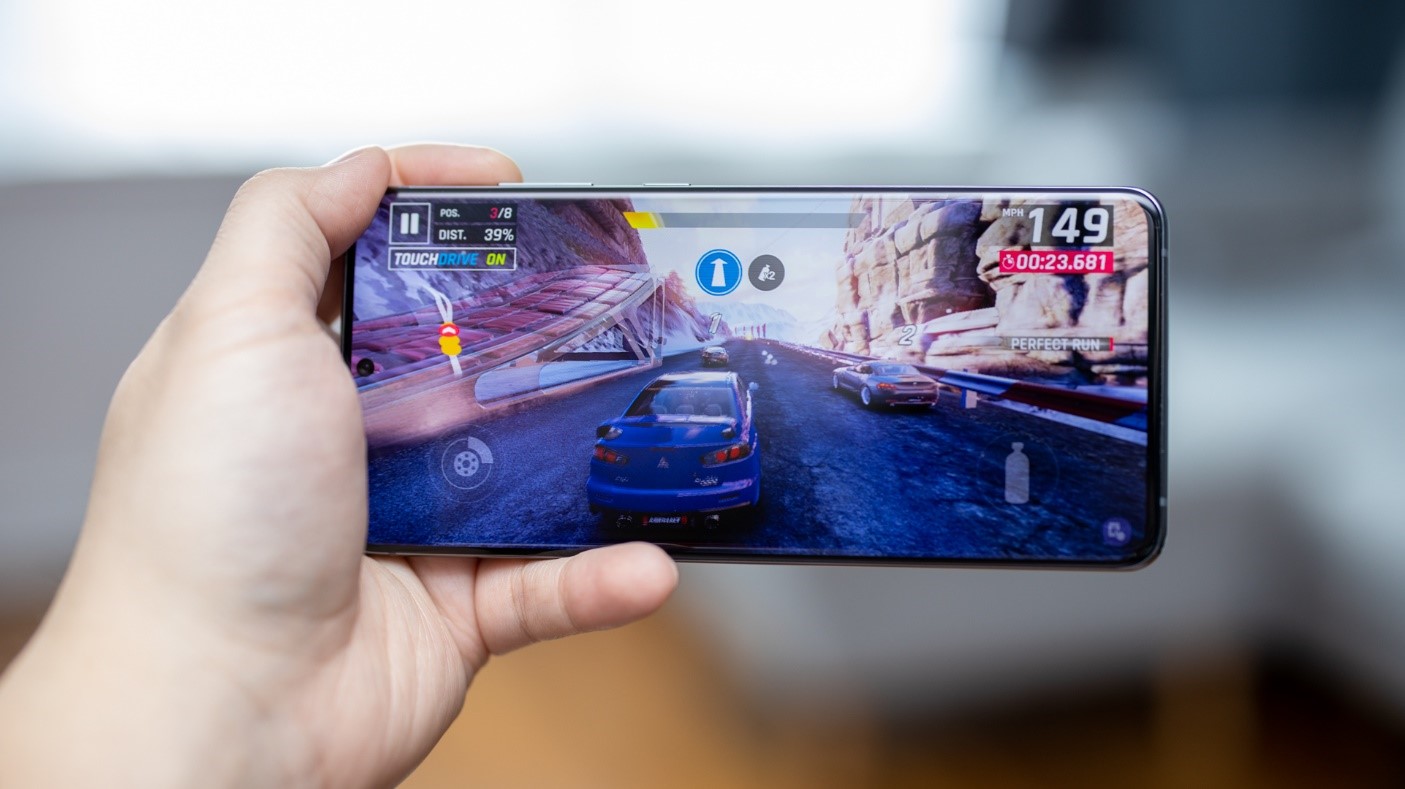 Another great option built with gaming at its heart, the Asus ROG Phone 2 offers some seriously impressive specs for those looking for a primary gaming phone.

The humongous 6,000 mAh battery allows for gaming sessions to run well into the wee hours, and the Snapdragon 855 Plus chipset and generous RAM makes this model a hot contender for the best gaming phone on the market right now.

A great option for online casino gaming fans in particular, with an ergonomic 6.59 inch screen it's perfectly suited for those who enjoy classic online casino titles like roulette or even more graphically immersive games like free spins no deposit slots.

The somewhat unconventional design is bound not to be to everyone's taste, but this shouldn't detract from what is a world beating gaming phone.

A great option for those on a budget, this is a model designed with gaming at its heart.

The second generation offering from Xiaomi comes with an AMOLED capacitive touchscreen combined with a 6.39-inch screen, to create an attractive option for players. The sleek and futuristic body is also bound to turn heads.

Limited international availability and a few unconventional operating oddities may deter some, but in terms of value for money, it blows its gaming phone peers out of the water.

It is testament to Samsung that they appear twice on this list, despite not being the first name in gaming phones.

A Snapdragon chipset features again, this time being the 855, and the AMOLED display makes another appearance, both of which are sure to tempt those who may otherwise overlook Samsung.

Generous internal storage and the Galaxy Plus also sold in a 1-terabyte model with 12GB of RAM are further perks to consider. A great phone even when gaming capabilities are taken out of the equation, with a 3-lens rear-facing camera setup and a sleek design, this is a perfect option for the more casual player.

Thanks to SamMobile and their expert analysis, we have for you today, a complete list of Samsung devices which are most likely to get the Android O update officially from Samsung. Keep in mind though, it's too early to state the timeline for any of these devices yet.

Most Likely Devices to Get Android O 8.0

Devices that may Get Android O 8.0

While this is by no means a confirmed list, it looks pretty sound at the moment.

The Comprehensive List of Samsung Devices that may or may Not Get Android 8.0 Oreo
Samsung Updates 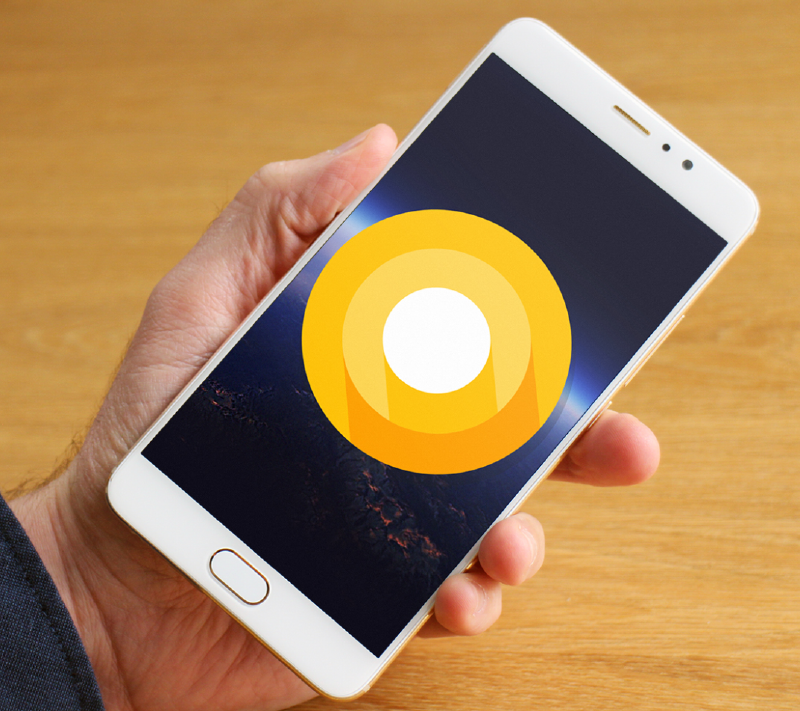 Although even the Galaxy S8 and the S8+ have not had a taste of Android Nougat 7.1.1 yet, thanks to The Android Soul we have a Pretty Comprehensive, but speculative list of Samsung devices that may or may not get the elusive Android 8.0 Oreo update officially. Make no mistake, this is a list built on speculations and educated guesswork, but as far as I can tell, we can expect this list to be at least 80% - 90% correct. Take a look below and see if your device may get the OTA update, when released. If not, it might be a good idea to change to a more recent phone!