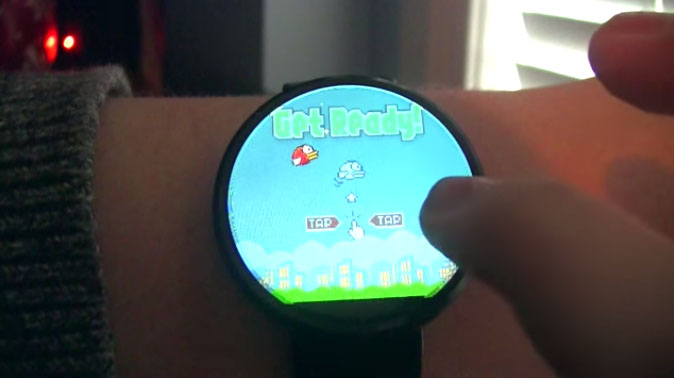 The simple, but highly addictive game "Flappy Bird", was pulling in a ton of advertising cash each day, making developer Dong Nguyen wealthy. But Nguyen decided to pull the game, fearing its addictiveness. At least that was the reason he gave when asked about his actions. Perhaps he was worried about the addictive qualities of the game leading to the downfall of modern civilization. Still, it was a once-in-a-lifetime oppotunity for the developer, and someday he just might rue his decision.

Flappy Bird is back, and available for your Android Wear powered Smartwatch thanks to Android developer Corbin Davenport. The process of sideloading the game requires you to use a modified version of the apk, and an Android Debugging Bridge. You can read the instructions posted by Davenport by clicking on the sourcelink.

You can view a clip of Flappy Bird doing his thing on a Motorola Moto 360, by clicking on the video below.