In a Chinese court, Samsung has recently been fined for copyright infringement against Huawei's intellectual property. The major patent battle was initiated when the Chinese company sued Samsung by claiming that more than twenty of Samsung's smartphones have violated Huawei's patented graphical arrangement systems. If you are wondering what that means, it basically means that Huawei had exclusive rights to a certain pattern of icon arrangement systems and similar things, but Samsung allegedly used the same techniques in some of their own smartphones, thereby violating the patent. The fine or compensation stands at 80 million yuan/11.6 million USD, which Samsung will now have to pay Huawei as per the decision of the court.

A spokesperson for the Chinese smartphone manufacturer further added the following lines,

"Huawei believes that respecting and protecting the intellectual property of others enables all companies to make a return on our R&D investments."

"We maintain that respect for intellectual property promotes innovation and healthy, sustained growth in the industry." 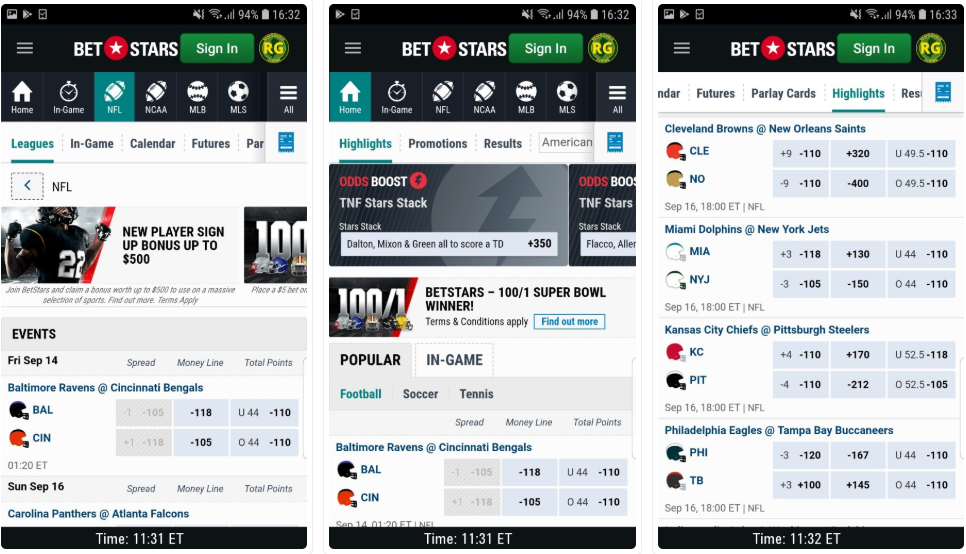 Last year was a seminal one for sports betting in the U.S., as the Supreme Court struck down a 1992 federal law that prohibited wagering nationwide. In doing so, it paved the way for individual state authorities to legalise sports betting and create a lucrative market potentially worth billions of dollars.

The Garden State New Jersey has been one of the quickest to introduce the best legal US sports betting apps to its residents, thanks to its reputation as a progressive gambling hub in the U.S.. In fact, the sportsbooks in New Jersey include seven Atlantic casinos and eight mobile products, whilst several European brands are also well-represented.

In this post, we'll look at the best licensed sportsbooks apps on the market and ask what makes them so popular:

Available through iOS, Android and web browser platforms, the Draftkings Sportsbook has been made available in conjunction with its land-based partner Resorts Atlantic City.

Through this app, you can pretty much bet on any sports, including predominantly British disciplines such as cricket, darts and soccer. There's also a diverse range of betting markets and in-play verticals available here, whilst the cash out options on offer are amongst the most progressive anywhere in the world.

We also like the betting carousel, which is incredibly user-friendly and enables users to identify the best odds and make bets in a matter of moments. 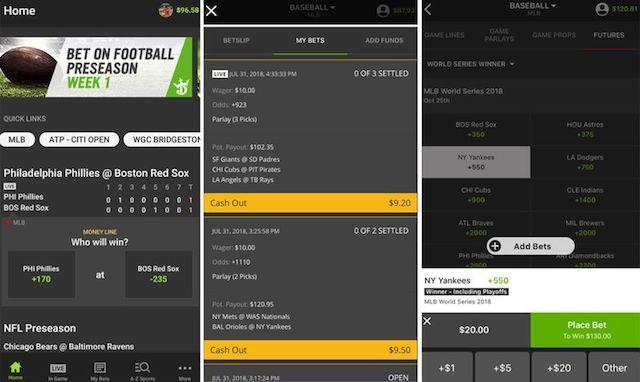 The Fanduel Sportsbook is another platform that's available to everyone, whilst it has also been delivered in conjunction with an established bricks-and-mortar partner (Meadowlands Racetrack).

Fanduel is another market leader in the sports betting market, whilst it has also consolidated its position through a merger with Paddy Power Betfair's U.S. operations.

The sportsbook on offer is also exceptional, with flexible deposit and withdrawal options available alongside a huge betting selection of betting markets. Bettors can even wager on a number of less popular sports through the Fanduel sportsbook, whilst the in-play options on offer are incredibly diverse.

With mobile app technology developing, Fanduel also boasts a live scoreboard feature, which allows you to track all of your wagers and the very latest market odds.

After establishing a partnership with Resorts Atlantic City, The Stars Group, which is responsible for PokerStars New Jersey have recently launched its BetStars sports betting app offering.

Following months of speculation, the Stars Group joins a plethora of European gaming giants who are making their first moves in America.

Downloading and wagering via the BetStars mobile sportsbook is also a very simple affair.

If you have an Android device, visit the BetStars NJ website and click on the "Get Our Android App" button. Once clicked, the app will start to download on your mobile device and from there all you have to do is fill in some basic details to register.

For iOS device owners, gaining access to the BetStars product is also a simple process. Again, you can either visit the Betstars website and download the app directly or alternatively you can visit the Apple App store from your smart device, download the app and sign up.

As a welcome luxury you will also be treated to a plethora of offers like huge matched deposit bonuses.