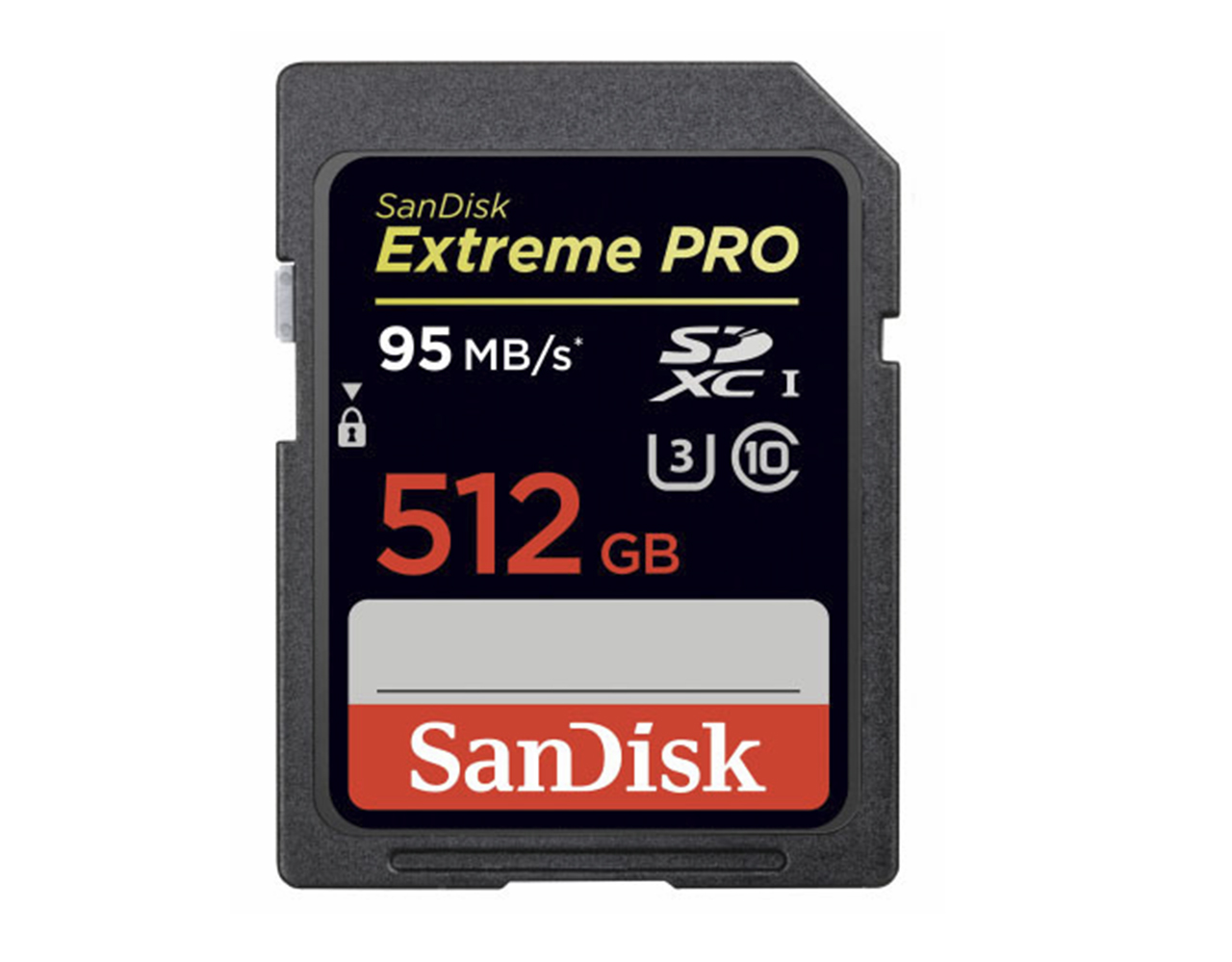 We always need a Extreme high-capacity SD cards for the our New Cameras that can record 4K videos, which requires a very high memory card to hold all these videos together. SanDisk has now announced a new card that should make the life of any videographers a bit easier.

Today, SanDisk has announced the world's first 512GB SD card, that's half-a-Terabyte in a postcard size chip. Insert two of these in a camera that support two cards and you have a full 1 Terabyte of storage space available at your disposal.

The 512GB Extreme PRO UHS-I SDXC card is rated at a write speed of 90MB/s and a read speed of 95MB/s, which should be enough for high bitrate 4K recording or high framerate burst shooting. The card is temperature proof, shock proof, waterproof and X-Ray proof and comes with SanDisk's usual lifetime warranty and RescuePRO Deluxe data recovery software.

Unfortunately, It's Price is Extreme too, the 512GB Extreme PRO will cost around $799.99. But if you are someone who invests in expensive camera gear and can afford to spend on fast, spacious storage options, then this is worth considering.

Moving files won't take nearly as long, the card is UHS-I rated and can offers transfer speeds of 90MBps which is approximately about 1,200 photos moved per minute. The card is water proof, temperature proof (-25°C to 85°C / -13°F to 185°F), shock proof, magnet proof and even X-ray proof.

Big things can come in very, very small packages... SanDisk has just released a 200GB microSDXC card with UHS-I speed, which is as absurdly tiny as the rest of them but offers the most storage to date for the format.

Previously, the largest microSD card type available offered 128GB of unformatted storage, but this latest version adds more than 50% additional capacity. The 200GB version was announced back in March, and SanDisk says the 90MB/second read speed allows approximately 1200 photos to be transferred via USB 3.0 in a minute (remember, most of the latest devices supports up to 128 GB only).

Granted, all that capacity comes at a price, and removable storage is never cheap especially at first. The 200GB card sells for £210 from Amazon, whereas the 128GB version is just £58. You could buy three of those for less and have loads more storage, but of course, swapping tiny cards like these is problematic. 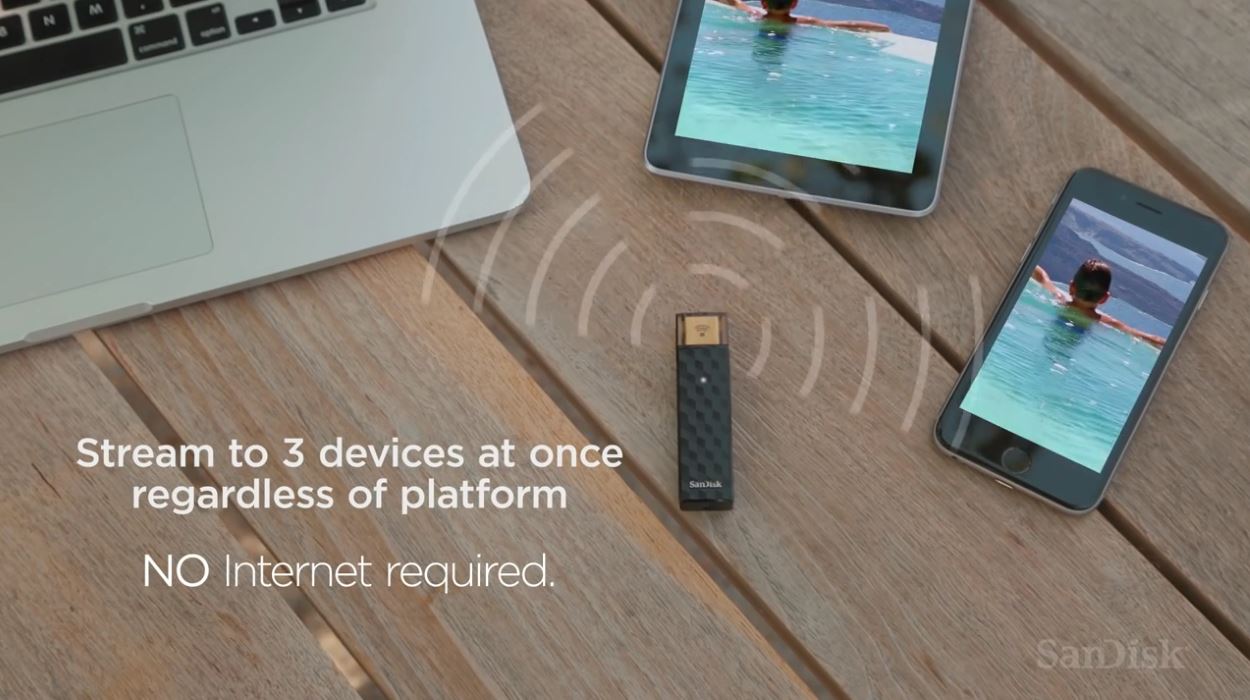 SanDisk has launched a newer version of the SanDisk Connect Wireless Stick. The device connects to your computer like a regular flash drive so you can transfer data to it. It then becomes a wireless drive that you can connect to from a smartphone or a tablet and access the saved data within.

The SanDisk Connect lets you connect up to three devices at a time to it and can maintain a stream for up to 4.5 hours on a single charge. All you need to do is install the SanDisk Connect app on your phone or tablet to access the files saved on the drive. 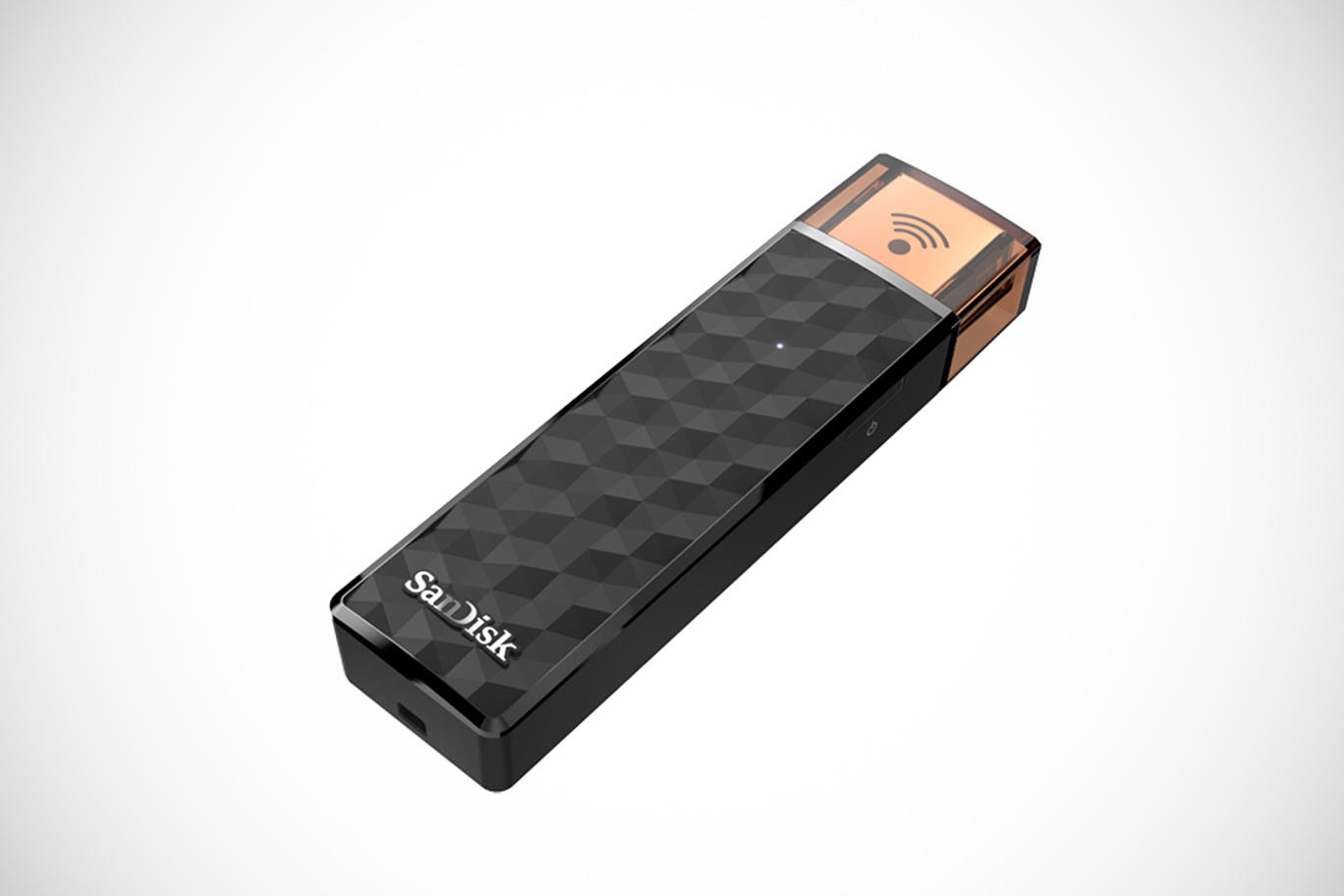 The SanDisk Connect Wireless Stick is available in 16/32/64/128GB capacities, with prices ranging from $29.99 to $99.99 and is available at Amazon, BestBuy, and SanDisk website.