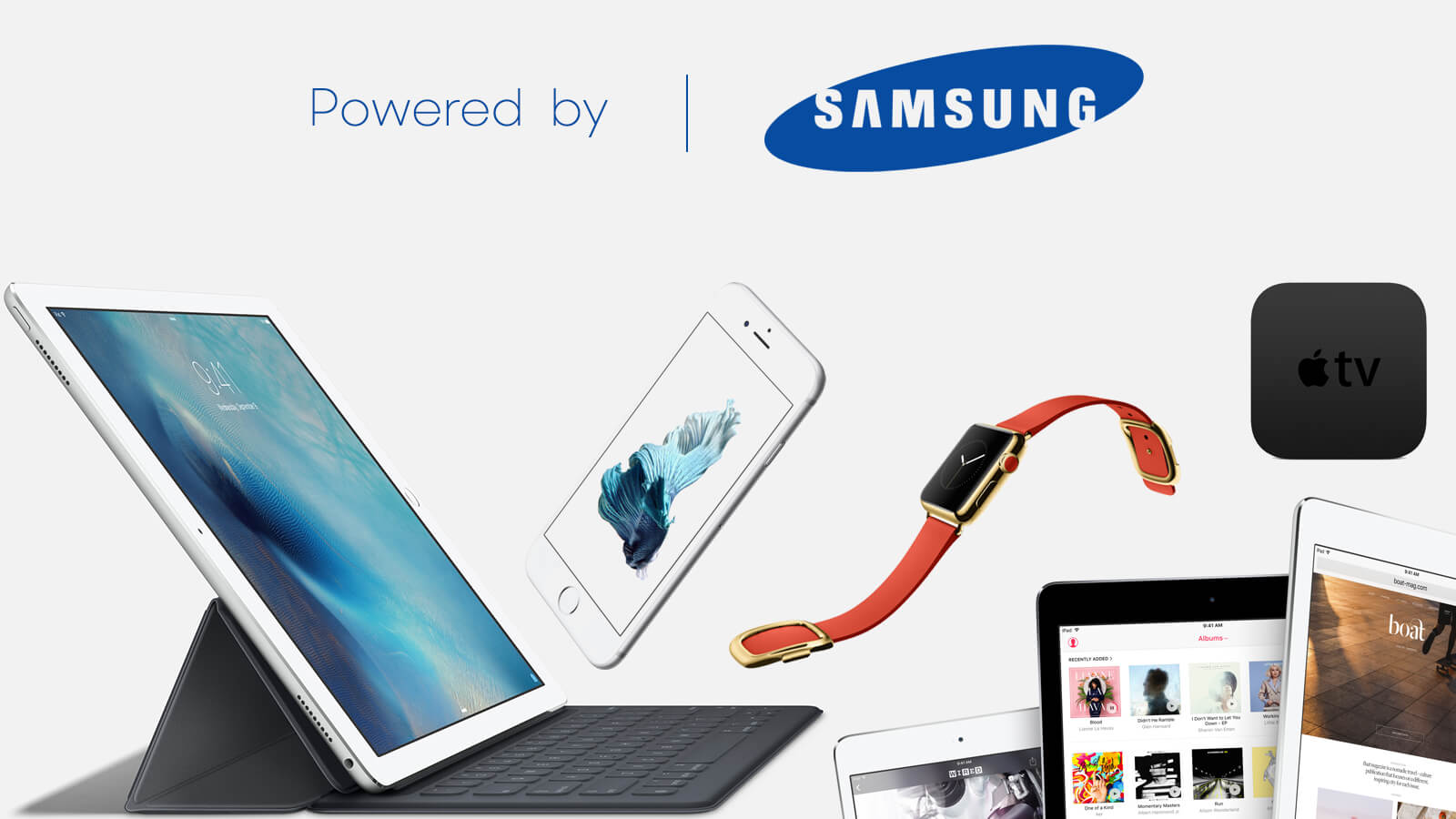 Apple released a new lineup of devices this year... the iPad Pro, iPhone 6S, iPhone 6S Plus and Apple Watch. All these new devices are running iOS 9 and powered by Apple A9 chipset which is said to be the most advanced and fastest CPU so far.

What you may not know that all these devices are actually Powered by Samsung, the Korean giant is the main manufacturer and supplier for the Apple A9 chip. Apple have chosen Samsung to build its CPUs since the Apple A6, admitting that Samsung is the best hardware supplier in the industry even though the companies are in a serious competition in markets and court too.

Also, Samsung has been allegedly employed to provide between 3,000 and 4,000 12-inch silicon wafers for the Apple S1 SiP (which powers the Apple Watch) each month, based on Samsung's 28nm manufacturing process for all Apple Watch variants.

This clearly tells that Samsung has a big part of the Apple's devices success.

BendGate is Back again with the iPad Air 2, Snap in half on [Video]
Apple

Looking back at the whole iPhone 6 Plus #Bendgate debacle, it's impossible for anyone to downplay the incredible effect a single video from a guy who thought it's a good idea to test out the phablet's rigidity generated. In fact so easy was the iPhone 6 Plus to bend that the original clip that started it all racked in views in the tens of millions on YouTube alone a fraction of the total interest generated throughout the web.

It's hard to pinpoint any one single factor that contributes to content's sudden rise to viral status, but in the case of #Bendgate, it probably had at least something to do with the fact that we were talking about an Apple product, Besides, there's just something oddly-satisfying about witnessing the destruction of tech that costs hundreds of bucks as if it's no big deal. But enough with the introduction.

When Apple took to the stage about ten days ago and announced that its new iPad Air 2 will be impossibly-thin, at 0.24 inches (6.1 mm), many of you have probably paused for at least a second to consider the possibility that it, too, will easily bend. Interestingly enough, the first bend test of the iPad Air 2 that we saw just two days ago lead us to think that the Air 2 won't suffer from a similar issue. The slate looked rigid. But another video that followed up just hours later shows a completely different picture not only does the iPad Air 2 bend, but it can be literally snapped in two with just two hands. Check out the Video below!