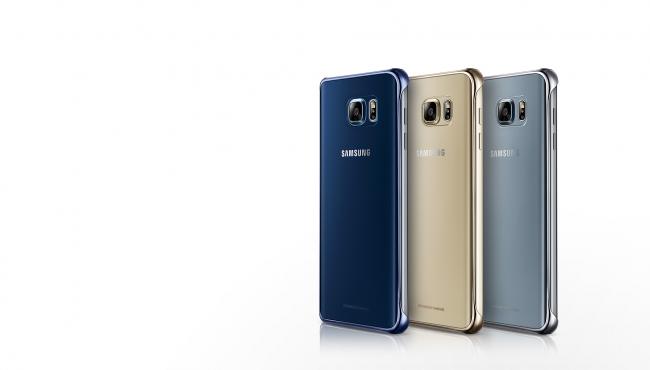 The Galaxy C9 Pro was released just a few months ago with a mid-range SD 653 SoC and 6GB of RAM (Samsung's first and only till date). The C7 Pro had a more modest 4GB RAM and a less powerful SD 626 chip inside. However, both devices did pack 64GB in-built storage right out of the box. In a move that's becoming typical among all smartphone manufacturers, the South Korean tech giant is about to launch 128GB versions of these two devices in the near future as well.

According to multiple reports from various media platforms on the internet, 128GB versions of both the devices have apparently made an appearance on the Chinese certification site TENAA. In fact, reports are also suggesting that even the Galaxy C5 Pro will be receiving a similar upgrade to its internal storage. There is no news on whether or not Samsung will make these handsets China exclusives first and then release them to the other countries just as it did with the C-series initially. We will find out soon enough. In the meanwhile, let us know if this is what you wanted from Samsung?

Good news for our Indian readers; the Galaxy S8+ with beastly specs like 128GB ROM and 6GB RAM has now been launched in the country by Samsung. The black-only phones will be up for pre-order on Flipkart from June 2 and will be go on sale from June 9 across all offline and online partners of Samsung. Although it was previously believed that Samsung will keep this version of the smartphone exclusive to South Korea, it seems like the company has changed its plans. Keep in mind though, the 128GB/6GB Galaxy S8+ will set you back by Rs 74,990 or roughly $1165! If you thought the iPhones were expensive in India, Sammy doesn't seem to be too far behind either.

Now that the initial excitement of the news is over, the question is, should you get it? For a premium of Rs 10,000 ($155) more than the price of the regular S8+, you are getting double the storage and 2GB of extra RAM and to be honest, it wouldn't be a bad deal at all, if the S8+ was already not so expensive in the country. Crazy taxes in India make foreign made electronic devices cost way more than they do in the US or just about any other country and the S8/S8+ is no exception to this rule either. Nevertheless, if you can afford it and you wanted a S8+, I don't see why you shouldn't buy one either.

Oppo launched F15 with a single 8GB RAM model earlier this year, but now a new model with 4GB RAM and 128GB storage has been listed on Amazon. Mumbai-based retailer Mahesh Telecom tweeted about the 4GB + 128GB variant of the Oppo F15 that is priced at Rs. 16,990. He showed two phones side by side that was originally launched in two different colors - lightning black and Unicorn white. The rumored blazing blue model seems to be missing. Notable, the Amazon listing is for the Unicorn white variant. The page doesn't show the price. However, reports suggest that it would be under Rs. 18,000 as expect for the phone, specs remain the same.

The Oppo F15 has a quad-camera system on the rear side that includes a 48-megapixel primary camera, an 8-megapixel secondary sensor, a 2-megapixel for portrait shots, and a 2-megapixel monochrome sensor. The front camera houses a 16-megapixel sensor in the notch. n terms of storage, Oppo has provided 128GB of UFS 2.1 onboard storage that is expandable via microSD card (up to 256GB). Connectivity options include 4G VoLTE, Wi-Fi 802.11ac, Bluetooth v4.2, GPS/ A-GPS, USB Type-C, and a 3.5mm headphone jack. The sensors include an accelerometer, ambient light, gyroscope, magnetometer, pedometer, and a proximity sensor. The Oppo F15 packs a 4,000mAh battery that supports VOOC 3.0 fast charging technology. Lastly, the phone measures 160.2x73.3x7.9mm and weigh 172 grams.