The Galaxy Mega name should give you some hints already, yes you've guessed it right, Samsung will be launching smartphones with display even larger than the current Samsung Galaxy Note II.  That's only if the report by Sam Mobile is true. it claims Samsung will initially launch two devices - one with a 5.8-inch display (GT-I9152) and other with a 6.3-inch display (GT-I9200), branded under Galaxy Mega. These devices will cater to the mid-range crowd and will even launch a dual-SIM version in some regions.

Rest of the specs are unknown at this point, but I9152's GLBenchmark test reveals the device to have qHD resolution (960×540) support and a 1.2GHz processor (probably dual-core).

Samsung Galaxy Mega devices are expected sometime after May.  Now the question is, do we even need that humongous sized phone?

In the not so distant future, Samsung is said to be going to launch bigger devices of 5.8- and 6.3-inch sizes and no word is given yet if these will be phones or tablets. The 5.8-incher has a model number GT-i9152 and it is possible that it will support dual SIM because Samsung uses a number scheme ending in 2 for their Duos products.

On the other hand, the 6.3-incher has a GT-i9200 and it may have been initially rumored to be the size of the upcoming Galaxy Note 3. It might possibly be the biggest smartphone (if Samsung confirms this) and it might also be compatible with the game pad accessory that the Galaxy S 4 was meant to have.

According to SamMobile, the Galaxy Mega 5.8 will already be available on the last week of May. 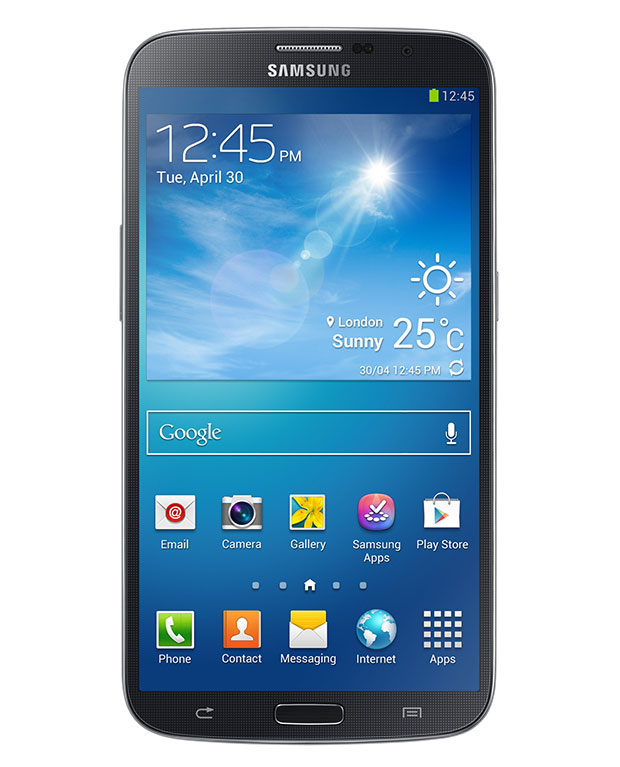 Samsung has finally revealed its latest oversized smartphones, the Galaxy Mega 5.8 and 6.3.  It's  larger than even Samsung's 5.5-inch Galaxy Note 2, both phones are low- to mid-range in terms of specifications.

Pricing for the models isn't clear, but from the specifications we expect them to be cheaper than the Samsung Galaxy Note 2 and Galaxy S4.

AT&T will release the Galaxy Mega 6.3, rumored to have the model number SGH-i527 in the next few months.  Samsung SGH-i527 has appeared at the Bluetooth SIG, we know it's likely to be made for North America, specifically AT&T carrier.

It's currently available at Expansys US, costs 595 dollars, while Unlocked-Mobiles is selling it in the UK for £498.97. 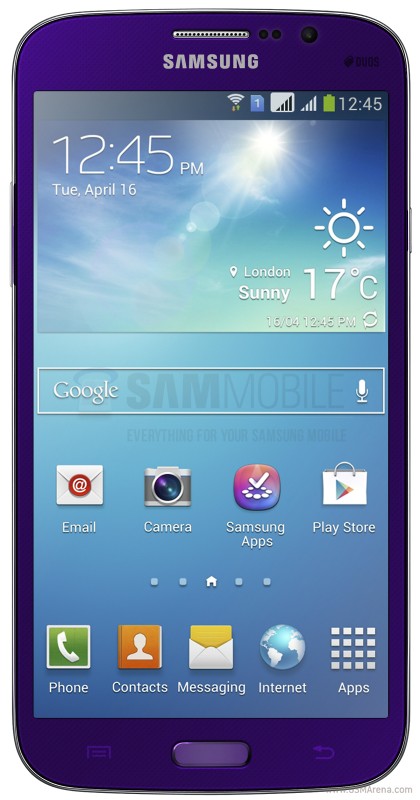 Rogers has announced today on its official Twitter account that the Canadian carrier will be offering Samsung's latest gigantic handset, the Galaxy Mega 6.3. If you somehow missed this one, the Galaxy Mega is so far the largest phone device in the "Galaxy" lineup for Samsung, with a very familiar build but a pretty crazy screen size.

Just like the rest of the Galaxy series, the Samsung Galaxy Mega 6.3 it runs the Android OS. It looks like an Galaxy S4 on growth hormones - just as plasticky but much larger. The Galaxy Mega has a 6.3-inch screen. Samsung also makes a slightly smaller 5.8-inch version of the Mega, which sells for around £100 less.

Not happy with Google Drive or DropBox?  Now, you have another option, Mega.  Its launched by Kim Dotcom, A year after file-storage site MegaUpload was brought down by U.S. law enforcement officials targeting piracy, it didn't stop Kim Dotcom from launch his new storage website, Mega.

Dotcom said Mega had more than half a million sign-ups in the first 14 hours, so it was already a success. However, the site has sometimes been knocked offline.

Mega's file encryption is not so much to protect users as to protect Kim Dotcom and his company. The New Zealand police force's ludicrous overreaction resulted from accusations that MegaUpload was being used to share copyright material such as movies, TV shows and music. With Mega, files are encrypted before they are uploaded, so that Mega staff do not and cannot know what users are uploading and, possibly, sharing.

Compared to Google Drive, Mega offers a steal! There is no 500 GB plan offered by Google, but we can compare Mega to Mountain View's 2 TB plan. Google Drive's price for 2 TB of storage is a whopping $99.99/month, 5 times the price of Mega's Pro II plan. And we thought Google's plans were affordable.