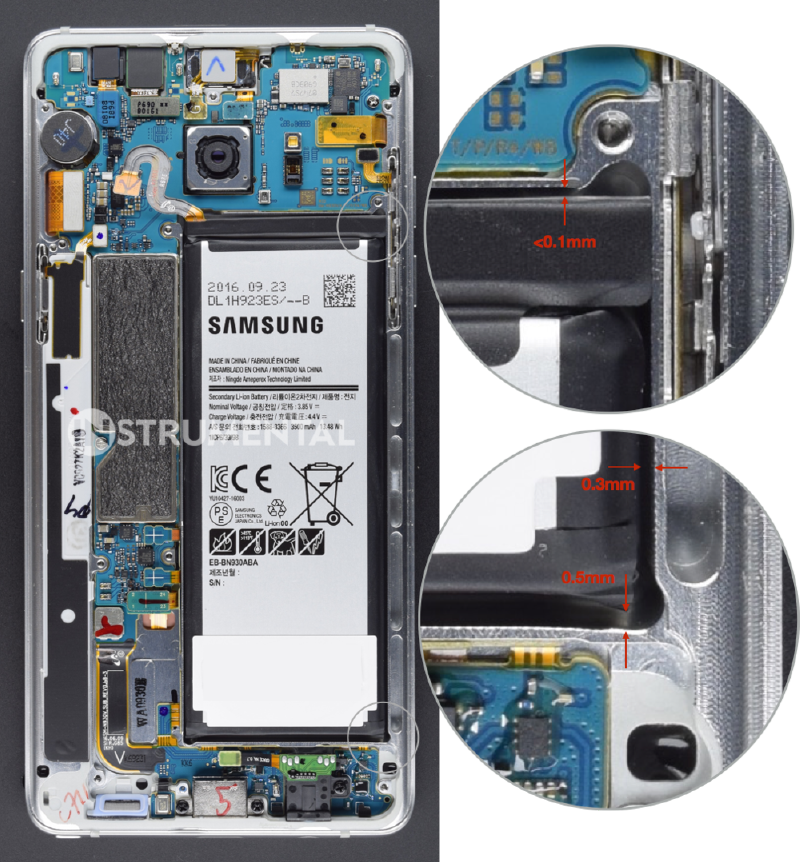 After what has been roughly three and a half months since the Galaxy Note 7 was discontinued, Samsung has finally disclosed its findings regarding the cause behind the exploding smartphone. Just like previously thought, Samsung blames the batteries used inside the Note 7 for causing the safety hazards that the phone did, back when it was still being sold.

700 engineers worked with 200,000 Note 7 smartphones and 30,000 batteries used in those phones to reach the following conclusions.

1. The first batch of batteries which were supplied by Samsung SDI had curved corners which resulted in the electrodes inside the casing to bend. As they bent and came into contact with each other due to heat or pressure, fire and explosion became inevitable in certain cases.

2. After the first recall, Samsung equipped the next batch of Note 7s with batteries supplied by Amperex Technology Ltd. In a bizarre coincidence, these batteries also turned out to be faulty and began to catch fire as a result of inadequate welding and subsequent internal short-circuits. This was probably brought on due to the tremendous pressure of manufacturing millions of batteries in an impossibly short time.

As Dong-jin Koh, the chief of Samsung Mobiles explained all this in a press meeting, he also confirmed that the Galaxy S8 will indeed be delayed this year, and therefore, we will not see the device at the MWC next month.