If you purchased an App on the Play store and you didn't like it or it doesn't work properly as its publisher advertised, you can return the App and take a refund in 15 minuets after purchase and you'll get your money that you paid for that app back. However, 15 mins is too little time to test some Apps/Games properly before you decide to keep them...

That's why Google has Officially expanded its Google Play Store refund policy to allow those who purchased an App or Game, to receive their money back within "Two Hours after purchase". To request a refund, you open the Google Play Store and go to My Apps. Select the game or app you wish to return, click on refund. Keep in mind that if the two hour refund window has expired, you will not see that option. If the two hour period has expired, you will be allowed to uninstall the app or game from your device, but without receiving your money back. 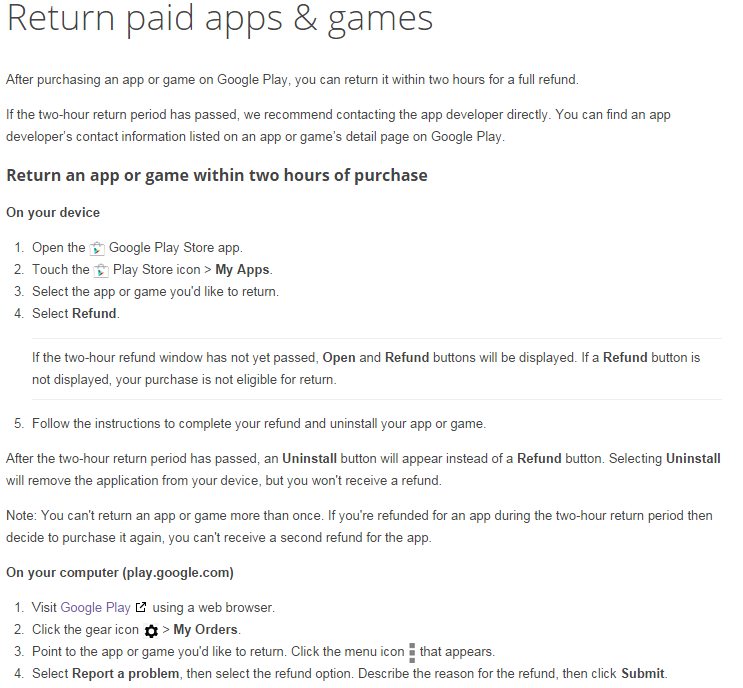 So go ahead and buy that expensive App or Game you always wanted to try. If you don't like it, you have two hours (120 minutes or 7200 seconds) to return it for a complete refund. Remember though, that you can only receive a refund on a particular game or app one time.