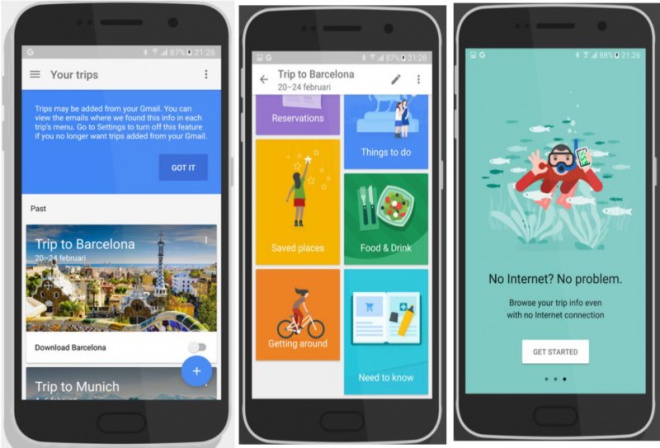 A hint about Google's future plans was given a while back when the search engine giant introduced the Destination feature via Google Search on smartphones. The simplistic feature was designed to help users while planning a vacation and apparently it was only a precursor to the Smart Travel application that the company is beta testing right now. Since it is not available on the Play Store yet, users will have to sign up for the Google Maps Local Guides Program to have access to it.

From what we know so far, the app will gather, store and organize all your travelling details such as hotels, dinner reservations, destinations and flights. Therefore, it will make every necessary detail accessible from the app itself, even without an active internet connection. Additionally, it will also offer suggestions based on the data it collects about your trips. Tap on a previously saved destination to see options like Saved places, Food & drink, Reservations, Things to do, Getting around and Need to know. Travellers and tourists will even see options for public transport in the area, as well as best travelling routes to the destination.

Even if you do not put in your travelling details manually from the FAB tab found at the bottom right corner of the app, it can do a lot on its own by collecting data automatically from your Gmail inbox. If you are not using Gmail as your primary e-mail service however, you will probably need to log in the data manually. In case you are interested in trying out the beta software, sign up for Local Guides and you might just get a chance to be a beta tester yourself! 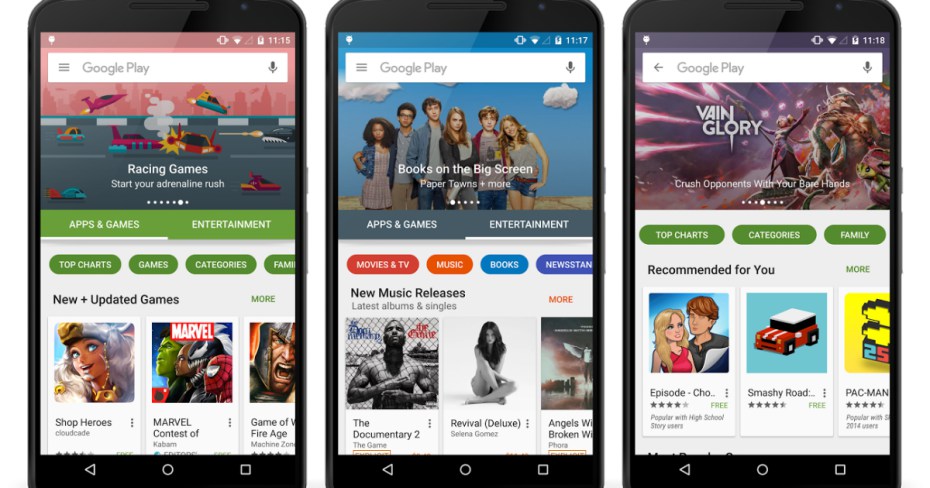 Last October, Google's Kirill Grouchnikov posted images of the new designs of Google Play on his G+ account. We saw that there were mainly two sections - "Apps and Games" and "Entertainment". At that time we believed that the changes would reflect in October itself. But, finally in November the redesigned UI got rolled out to all the users. The primary sections given above are retained in the final update. You can also have a look at the change in the image given above.

As a side note, the web version of Google Play is also getting a minor makeover to be in sync with the new mobile app version. The Google Play web store is now opening "Entertainment" section by default, which also has sub-sections dedicated to music, movies, books, comics, etc. rather than apps and games like it used to in the previous version. In order to access apps, users need to slide over and click the "Apps" button present on the left side. The new UI also has a carousel at the top for current promotions running or other highlighted products offered by Google.

Let us know in the comments section if you have also got the new update and whether you're liking it or not. 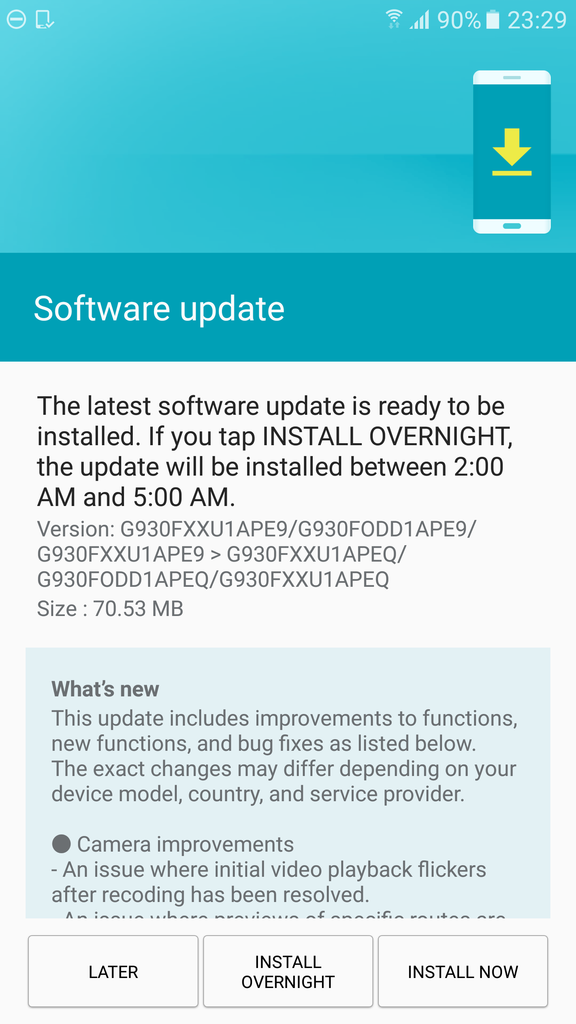 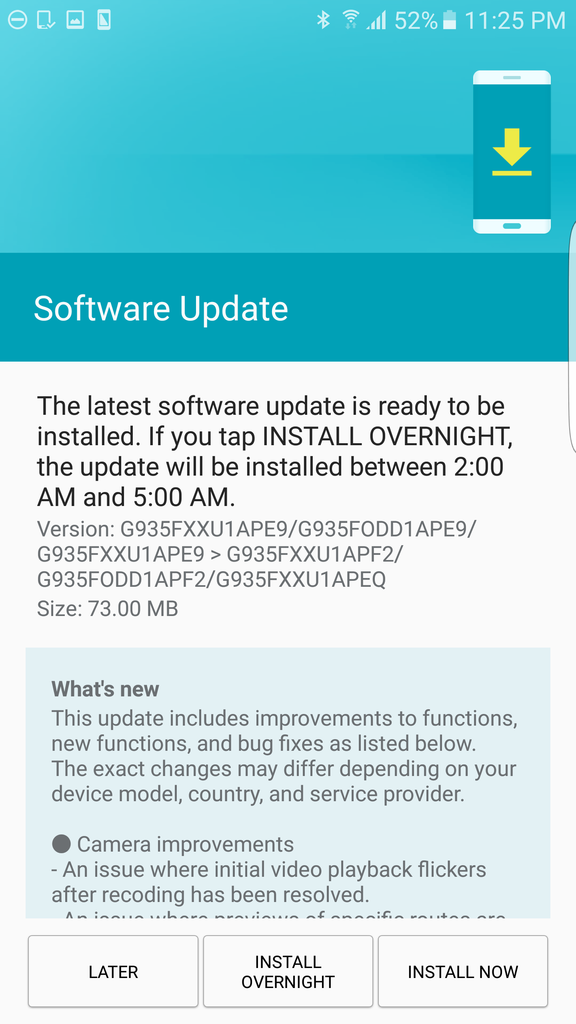 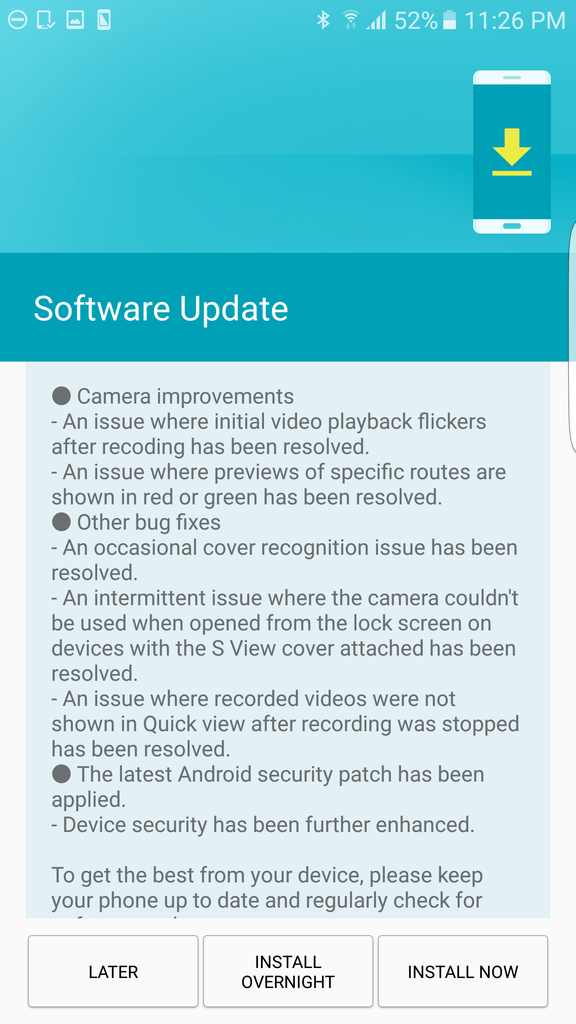 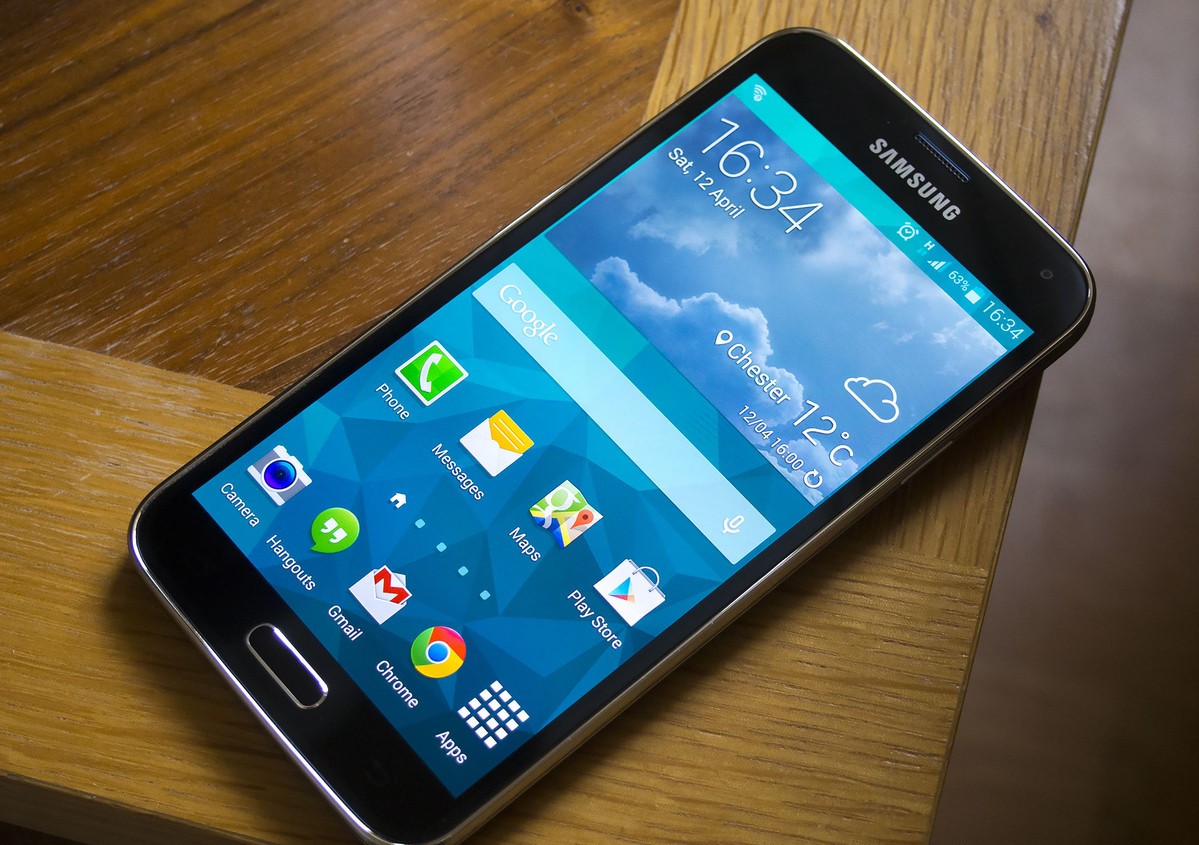 After Verizon, now AT&T is rolling out the first Android security update of the year for the Galaxy S5 and the Galaxy Note Edge. The file for the Galaxy S5 is a 192MB patch with the firmware version G900AUCU4DQA1. Apart from the usual Android SMR security improvements, it also contains a number of Samsung's own bug fixes, which will improve your Galaxy S5's performance.

The Note Edge also started to receive the January patch on the same day but it is of a much smaller size than the one released for the S5. The 36.5MB file will have the firmware version N915AUCS2DPK3.

Unfortunately, this is probably the last update which the two devices are going to receive. Given that the S5 and the Note 4/Note Edge are both about three years old, that is to be expected. In fact, Samsung has supported its older devices surprisingly well lately, given that most OEMs stop updating their smartphones after two years from the date of release.

Head over to our firmware section to find all the latest updates for your smartphone.

The Galaxy S8 has been an iconic smartphone for Samsung due to multiple reasons and those reasons are not only limited to the design language. The S8 marked Samsung's first foray into flagship territory after the infamous Note 7 disaster and a lot rested on its success. It did turn out to be a success as reports are coming in now to indicate that the S8 might be selling five times faster than the S7! Then there's of course the design language with its huge yet surprisingly manageable 18.5:9 bezel-less display and removal of the Home button to make it possible. However, it has not been all good either.

The Galaxy S8 has been plagued with criticisms for its smallish battery size and weirdly placed fingerprint scanner to begin with and then it was followed up by a series of problems like the red tint issue, the restarting problems and a whole bunch of other small yet disruptive bugs in the software. Even the famed iris scanner turned out to be quite easy to fool and Bixby was half-baked (to say the least) at release.

The good news is that Samsung has eventually taken care of most of those problems and will continue to take care of them with software updates as and if more pop up. The latest of those updates solved an issue with the S8/S8 Plus where the smartphones restarted themselves while playing audio via Bluetooth. While it can be argued that the S8 seems rushed and you would not be wrong to think so given the circumstances, it is also true that any more delay would have surely hurt the sales and it would have been very hard for Samsung to stay on schedule for the upcoming Galaxy Note 8.