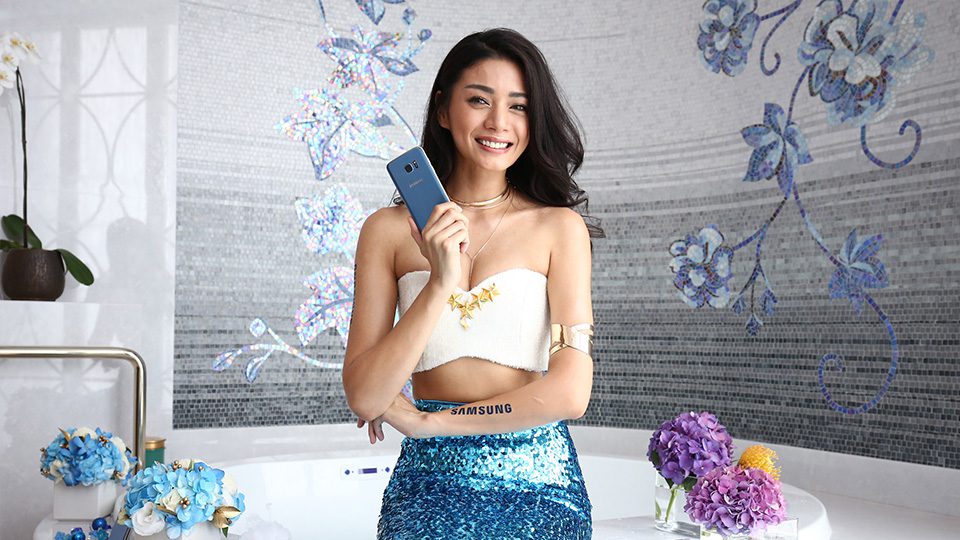 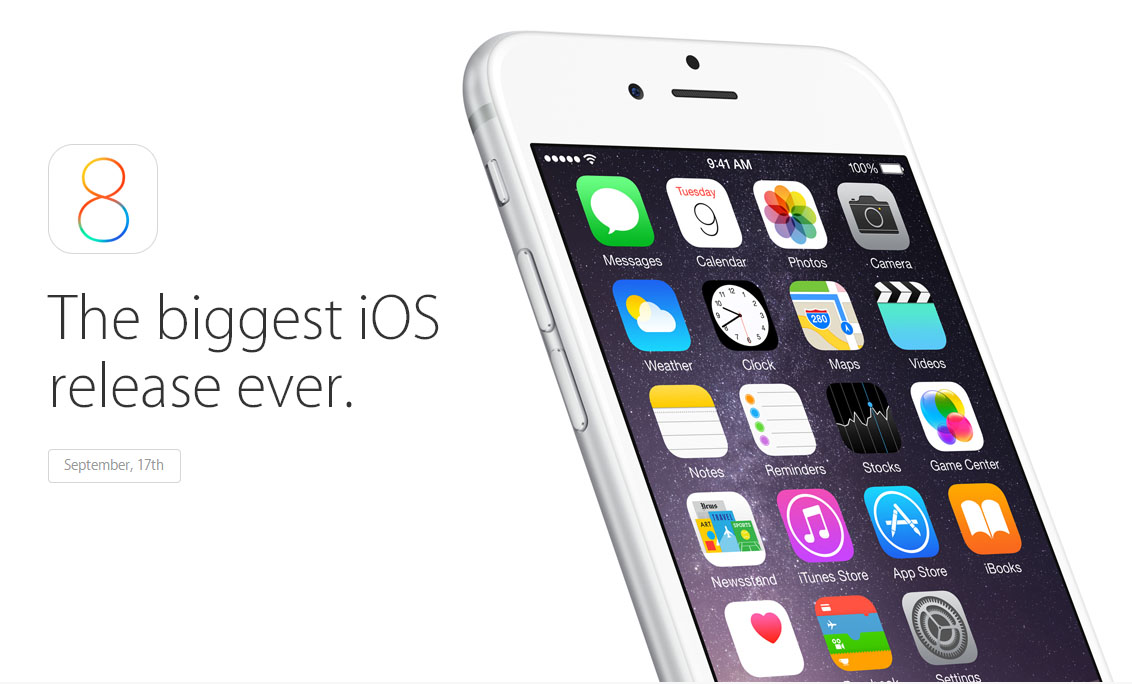 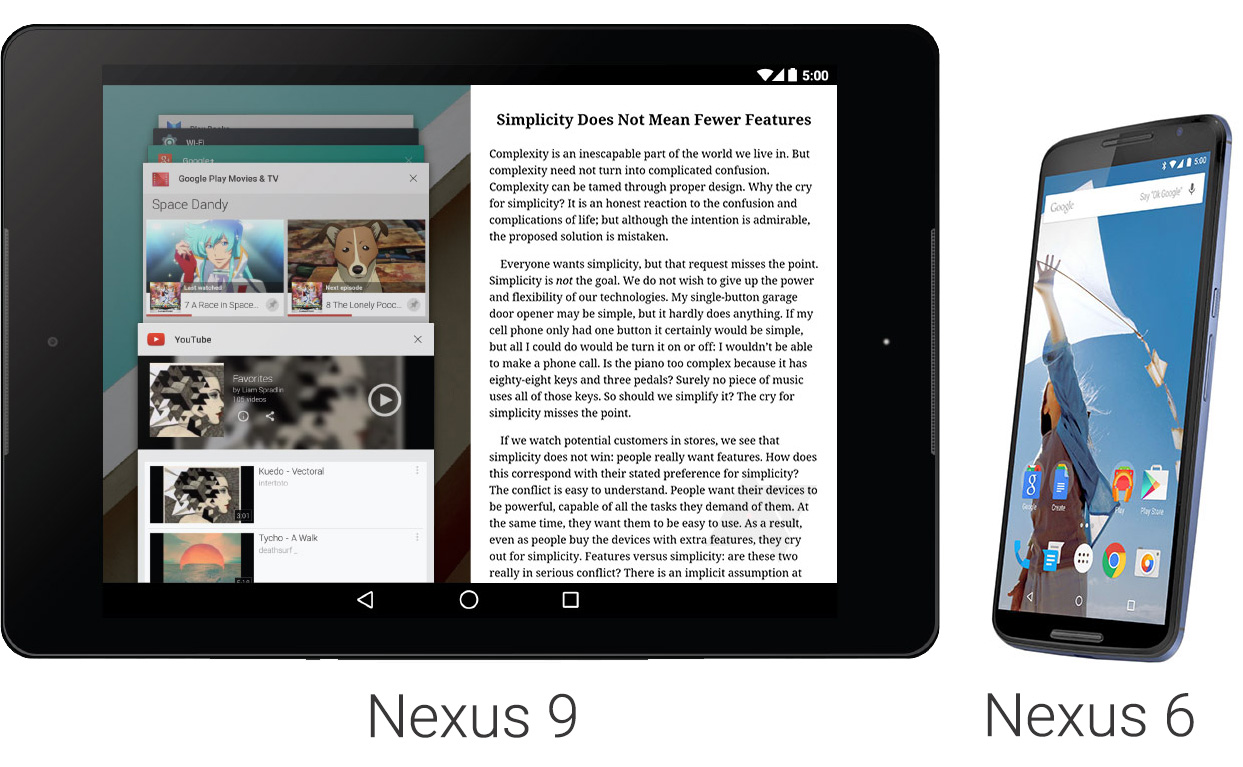 Inside source on Google officially confirmed to Forbes that Motorola Nexus 6 and HTC Nexus 9 will launch via a Blog post today (October 15th) using the company's official Android Blog. According to the Source, Google decided not to make a big revealing event because Android L is still not ready for release. Both devices will will be available for purchase on November,3rd.

The source also reaffirms many of the rumoured specifications for the new Nexus tablet. Including the 8.9 inch 2048×1440 display, a 64-bit NVidia processor and Kepler GPU, and 8MP rear facing and 3MP front facing cameras. The new tablet will also benefit from HTC's work with Boomsound, as it will feature two front facing speakers. There is also mention of a brushed aluminium frame, rather than a solid metal design.

The 16GB HTC Nexus 9 is expected to retail for $399, while the 32GB variant, which also has LTE, will cost $499. Google is also reportedly going to sell a magnetic stand-case as an accessory for the tablet.

The Moto Nexus 6 is said to go up for pre-order on the 17th of October, and will be available for purchase on November 3rd. While this seems like a large delay, it would give Google time to put some extra polish on Android L. No price annouced yet for the Nexus 6. 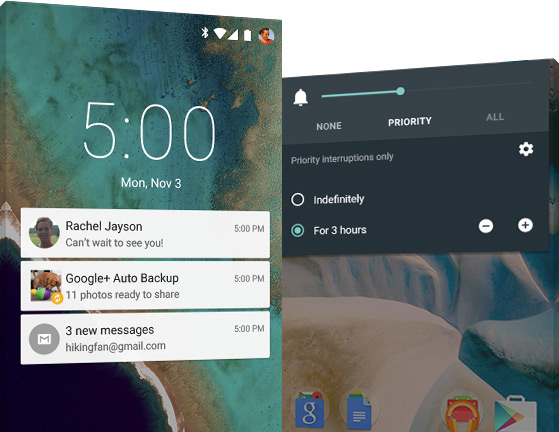 Android Developers are very excited as the Android Lollipop is going out of beta. Tomorrow (October 17th) Google will release the official Android SDK 5.0 and will be available for download in the SDK manager.

Developers will be able to play around with features in Lollipop like the new camera API, JobScheduler, and a ton of performance improvements. Getting the final SDK is the first step in making sure apps are completely ready to run on real Android Lollipop devices, as opposed to the preview.

Tomorrow (November,3rd) is the Big Day... "Android Lollipop Day", Google is reported to release the official Android 5.0 Lollipop version... Lollipop will be finally our of BETA. Google will also seeding out Lollipop OTA updates to Wi-Fi only Nexus Devices, Nexus 10, Nexus 7 and Nexus 7 2013 Wi-Fi only.

Other Nexus devices (Nexus 4, Nexus 5, Nexus 7 2013 3G) will get Lollipop OTA update by the End of this month (November). The Final Official Android 5.0 Lollipop (API 21) will pack some bug fixes, performance improvements and may be even some new features that Google kept to the final release.

It's all Coming Tomorrow, Let's wait and see!