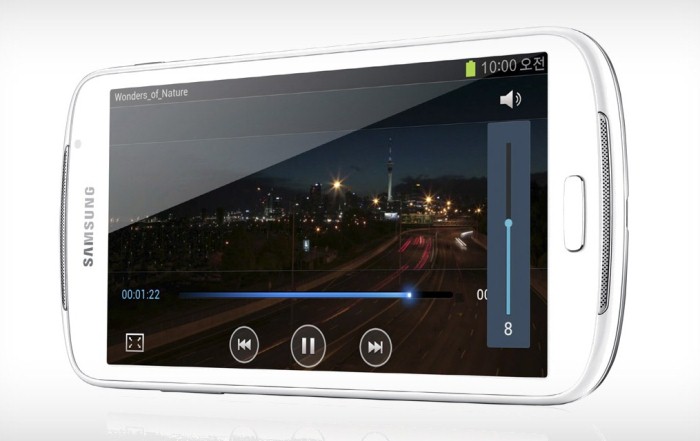 A new tablet is coming up at Samsung's camp but it's not the 10.1-inch Full HD AMOLED device that it was originally planning to follow up S 4's release. Instead, an 8-in AMOLED tablet will most likely be launched in response to the iPad Mini and another 7-incher, the Google Nexus 7.

According to the source, this tablet will have a Full HD display at 1920 x 1200 pixels and is to be announced in IFA 2013 in Berlin. Samsung has delayed the bigger tablet to probably concentrate on the upcoming Note III and not let Apple and Google get away with the 7-inch market. It could also be the fact that Samsung is still developing the revolutionary AMOLED that self-adjusts according to the lighting condition and user comfort. A few more months to go and we'll already see these next exciting Samsung products.

As you can see, we're yet to have a clear picture of what the Galaxy Note 3 will have to offer, even though we see some of the same specs repeated over and over in new reports.  The Galaxy Note 3 will be officially unveiled on September 4, during a special media event in Berlin, Germany.

Pantech announced the Vega No. 6 official with Jelly Bean and 5.9 inch 1080p display
Other

Competition is getting heavier in South Korean, Pantech, country's third largest handset maker, has officially announced it's first full HD smartphone, code name Vega No. 6, which was rumored about a week ago.

Patech said its retail price will be 849,000 KRW, which's aournd $776 dollars. However, we aren't sure if it's going to be released outside of South Korea yet.

Competition is always good for consumers, so we will keep a closer eye on this device.