ART to Permanently Replace Dalvik in the next version of Android 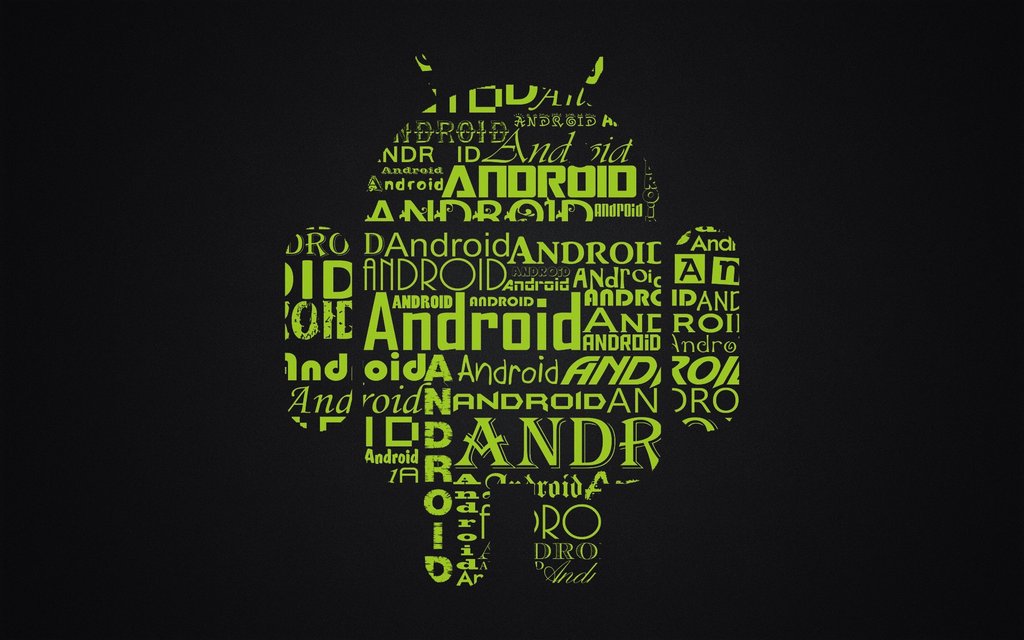 You probably are using it right Now... The Android Runtime [ART] which Google introduced for testing purposes with its release of KitKat last year has now fully replaced the Dalvik virtual machine in the Android Open Source Project (AOSP) code. This means you should expect the next version of Android to come with ART and only ART, Dalvik is essentially dead from this point on. 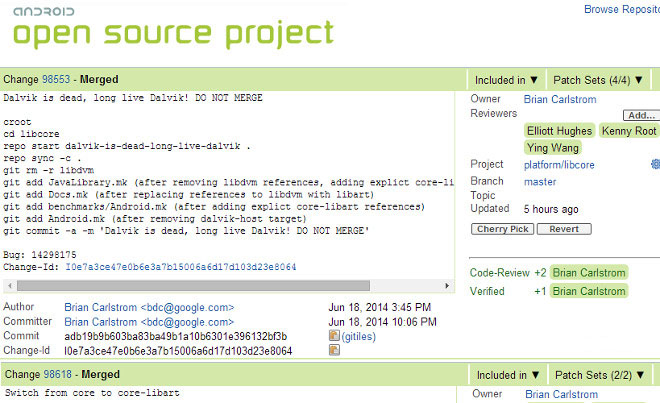 The change has been spotted in two commits made recently to the AOSP code. One of those removes Dalvik from master branch, while the other switches the default runtime compiler to ART. The use of ART should thus result in faster app start times, as well as better performance overall though whether these improvements will be noticeable to end-users remains to be seen.

Android Market share in May: KitKat 4.4 and Jelly Bean 4.3 is Growing

Today, 5th of June, Google has released the Android versions Market share distribution for last Month [May,2014] so that we can see how the different versions have developed in the passed month. It seems the tablet-centric Honeycomb has passed under the 0.1% and it's now gone from the distribution chart, so long...

Controll a Real AR.Drone with your Android Phone/Tablet [Video]

Parrot AR.Drone is a Quadricopter that you can pay online from Amazon Here, its's about $400. Parrot also has an Android App AR.FreeFlight to let you control your AR.Drone from your Android Smartphone/Tablet. The Drone has a 720p camera on it, os it will sent you live video feed to your Android device while flying.

The AR.Drone is smart. It auto-stabilizes, locks its position if you lose WiFi connectivity, and the propellers automatically cut out when you crash. Its foam frame and plastic rotors are nice, soft, and flexible meaning you'll have to take a pretty mean spill to cause the Parrot serious damage. And when you do break something, Parrot's got you covered with a gamut of repair parts and tools available online. 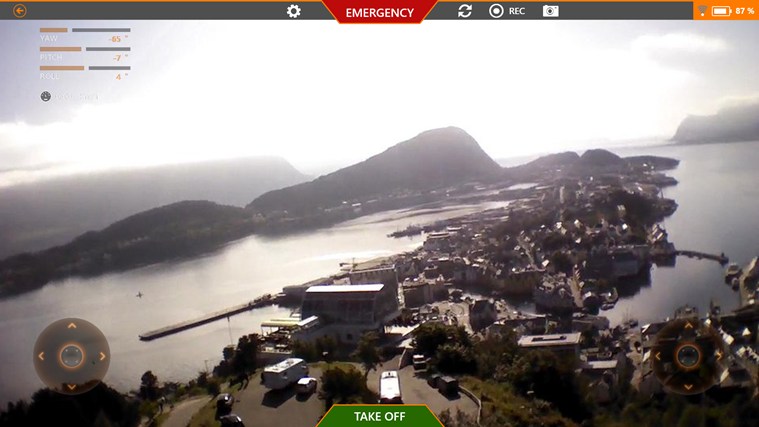 The AR.FreeFlight App is Free but you'll Need to have the AR.Drone first. check out the video demo below of the Drone flying with the Android App.

Android KitKat has 8.5% and Jelly Bean has 60.8% of Android Market Share 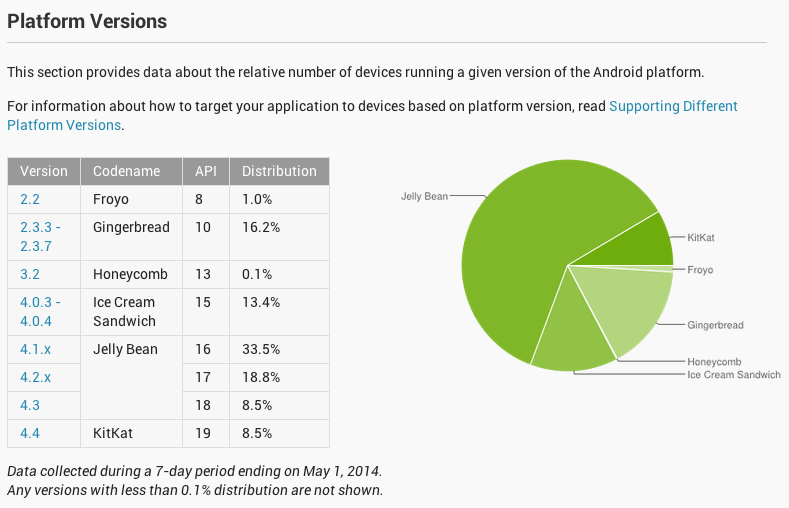 Another month passed and Google is quick to release the statistics on the distribution of the different Android versions. April's most rapid development saw KitKat gain some 3.2 points, bringing its overall market share to 8.5%.

Google Nexus Brand to be replaced with Android Silver Line-up 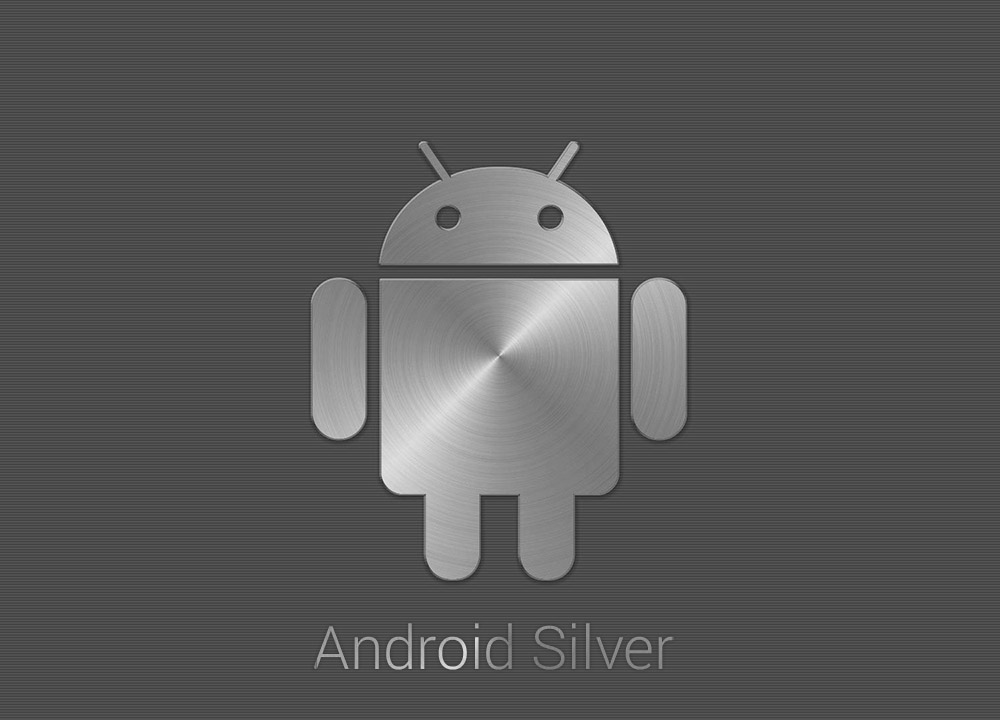 A report from The Information, indicates that Google is going to replace its Pure-Android Nexus Brand devices with a new family of high-end premium devices called Android Silver.

With Android Silver program, Google aims to further expand its influence within the Android ecosystem. Its plan includes offering devices with no third-party bloatware, as well as providing timely OS updates in a fashion similar to Apple's. The latter involves pushing the update to all devices on the same day. 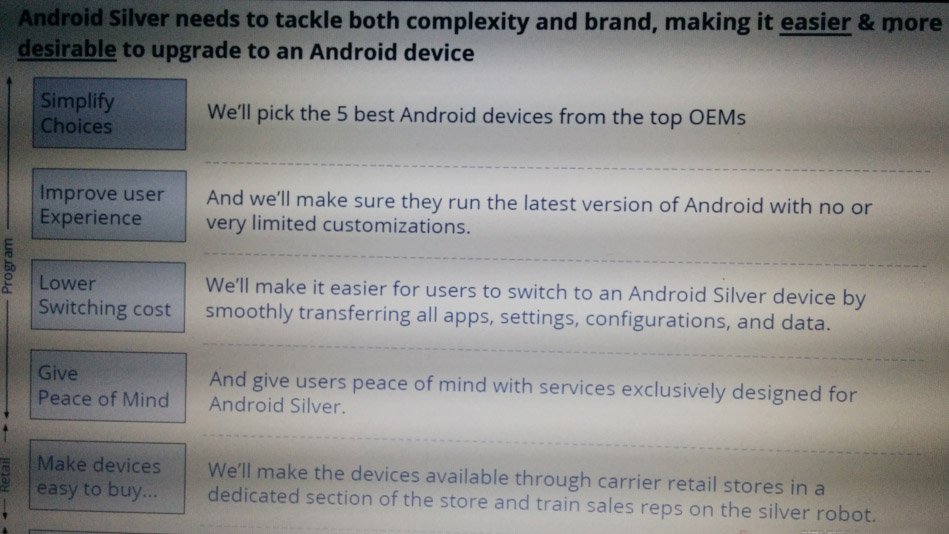 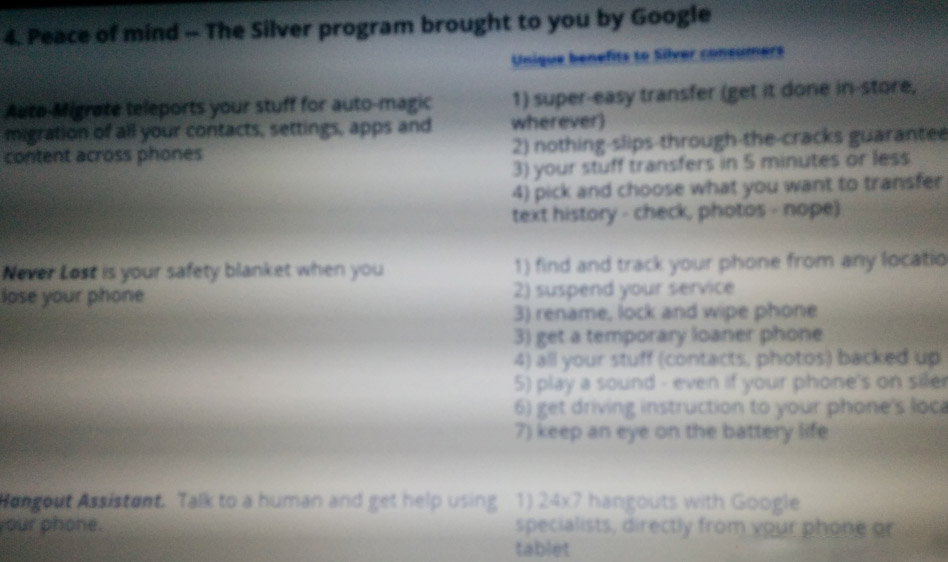 Android Silver Phones will always run the latest version of Android, They would also include a support program similar to Amazon's Mayday service, allowing people to begin a video chat 24/7 with a support representative who could help them solve problems and learn about their phone or tablet at any time of the day. Staff at carrier stores would also help customers set up their new devices and transfer data over from their old ones, much like Apple Stores current do.