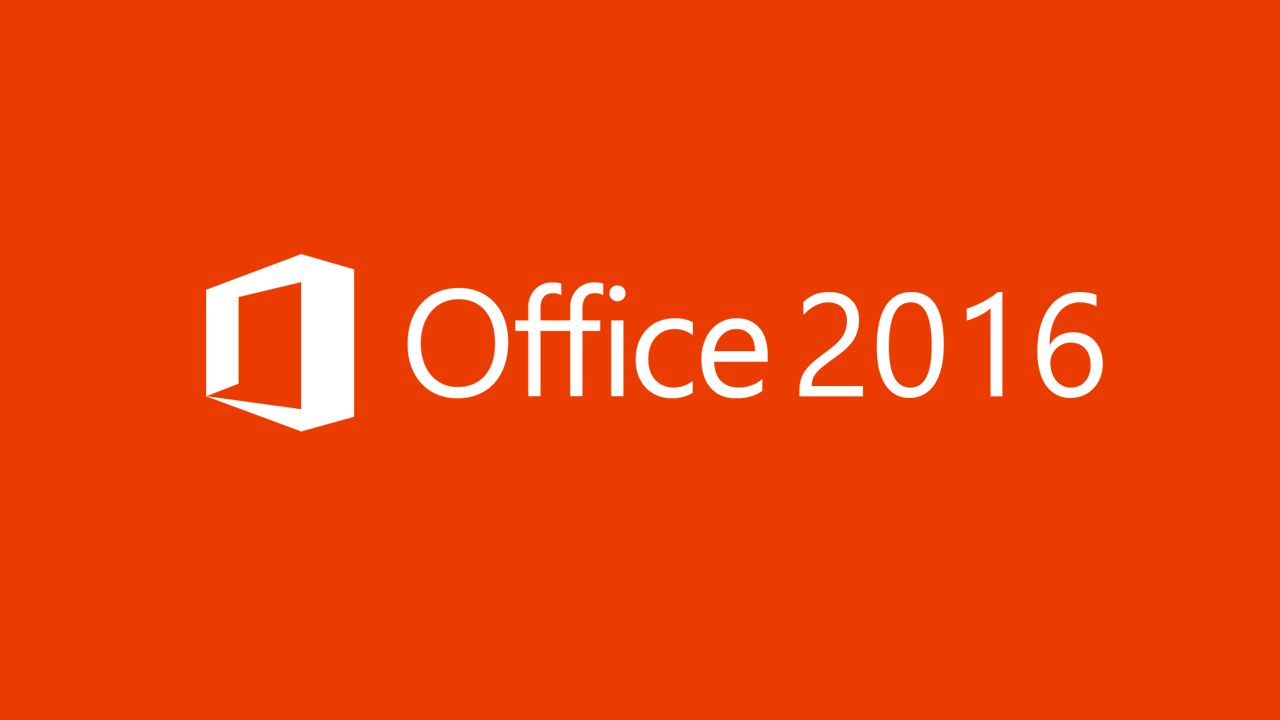 Microsoft Office 2016 is now available for Windows, finally out of beta previews. The final version packs lots of new features and optimized for Windows 10 release. The one-time price is $149.99 or Office 365 subscriptions start at $69.99 per year, and deliver continuous app updates as well as other integrated services such as Yammer, Delve, and Skype for Business. 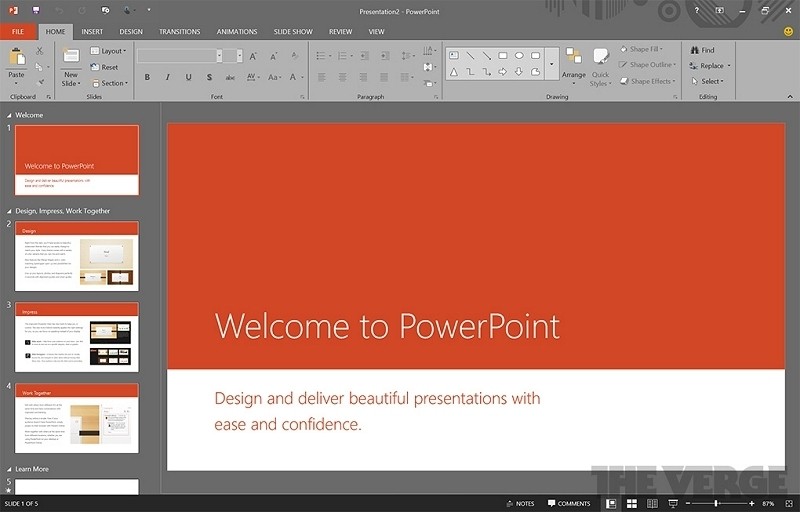 Excel 2016 includes integrated publishing to Power BI, as well as new chart types. Throughout Office, there's a most recently used documents list which lets you quickly jump back in.

What is New in MS office 2019
Microsoft

Microsoft is constantly updating its software and operating system for providing new features. Same goes with the MS Office, currently, the latest version of MS Office is 2019. Microsoft has come a long way with all the new features including cloud, Azure and various other features. The latest version also includes all the classic office applications and added few extra applications for another purpose. In case you are looking for upgrading into the latest version of MS Office, definitely, recommend you to look for the changes which happened after the update of MS Office 2019. If you are interested in downloading MS Office home and business 2019, then you can get it from softwarekeep.

A complete Microsoft Office 2019 package includes MS Word, MS Excel, MS PowerPoint, MS Outlook, MS Project, MS Visio, MS Access and MS Publisher. the new update is mainly focused on various enhancements and external features for collaboration and focus. As artificial intelligence is mostly used in almost every software, it is now integrated into the MS Office 2019. Apart from that MS Office 2019 had also improved the security on their applications. With improved inking, it is easier to make presentations using the MS Office in your devices.

There are several extra features has been added to. Roaming pencil feature gives the tilt effect which will allow us to naturally create any document using the MS Office 2019. Several new formulas and charts and other enhancement have been added to MS Excel which is a great way to increase productivity. MS Outlook has introduced the focused inbox which will eliminate all the distractions from non-important emails in your devices. Admins can easily deploy applications to their employee computers which is one of the best features in the latest version of the MS Office 2019.

If you are using Microsoft Office 365, then there are several previews of upcoming features has been already added for the users. Apart from this features Microsoft has also updated the exchange server 2019, Skype for business server 2019, SharePoint server 2019 and project server 2019. In case you haven't got this update then it will soon be available for all the users around the globe. Microsoft has gradually provided the update to their users, although the trusted customers are getting the new office update faster compared to another version of users.

There are multiple visual changes also added to almost each and every MS Office 2019 application. The most recognizable is the icon change into two new brandings, now it is easier to access most of the features and enhancement made it easier to use in every device flawlessly. We would definitely recommend you to update into MS Office 2019 right away and avail these useful features in your devices.

Most of the changes are application specific, and one of the major changes is the icon change. Read the complete changes listed in this article before you can download and install MS Office 2019 in your device.

•                 Inking functionality improved for the touchscreen devices with pen features

Microsoft Office 2019 is having a similar type of versions which was available in the MS Office 2016. The software will look much similar with few visual changes and a few tweaks. In this article, we will discuss all the latest features which have been added after the update of MS Office 2019. Web-connected the complete list of changes from the official Microsoft website and posted them on our website YouMobile. Share this informative article with others, and let them install or update MS Office 2019 in their devices.

Facebook At Work App is launched, bringing the social network to your office
App Updates

Today, Facebook unveiled a new version of its social network, called "Facebook At Work", with an emphasis on organizational communication for employees at a single company. The service, which is set to launch as a free app on Android's Google Play and iOS' App Store later today, will still require participating companies to receive an official invite, but upon launching the service, employees will enter an ad-free, no-subscription version of Facebook that connects employees only to each other, as opposed to the wider world.

Facebook hasn't revealed many screenshots or any demo footage ahead of the app's launch, but Facebook offered Ars a brief description: "Facebook at Work is a separate experience that gives employees the ability to connect and collaborate efficiently using Facebook tools, including many that they're likely already using, such as News Feed, Groups, messages, and events." In that respect, the service will both mirror those of corporate communication tools like Yammer and Slack and offer its own familiar twist for employees who have already gotten hooked on Facebook's style.

In the meantime, creator Lars Rasmussen made the interview rounds on Wednesday to describe what users can expect from the work-only version. In short, users will be allowed to have both their personal and work logins running at the same time, though in separate apps; they'll be able to share documents through the Work site but not yet edit them; and much of the way posts and links are presented will resemble Facebook Groups.

Microsoft Office Mobile for Android went completely FREE for home use today on the Play Store! You don't need to pay $10 a month subscription for the suite anymore.

There is a catch, though it only runs on smartphones. If the app detects you are working on a tablet it will refuse to install. That's unfortunate, because even 5 to 5.5-inch smartphone displays still feel somewhat small for comfortable document editing. But we assume owners of the Xperia Z Ultra and similar tablet-phones will be pretty happy with Office Mobile. 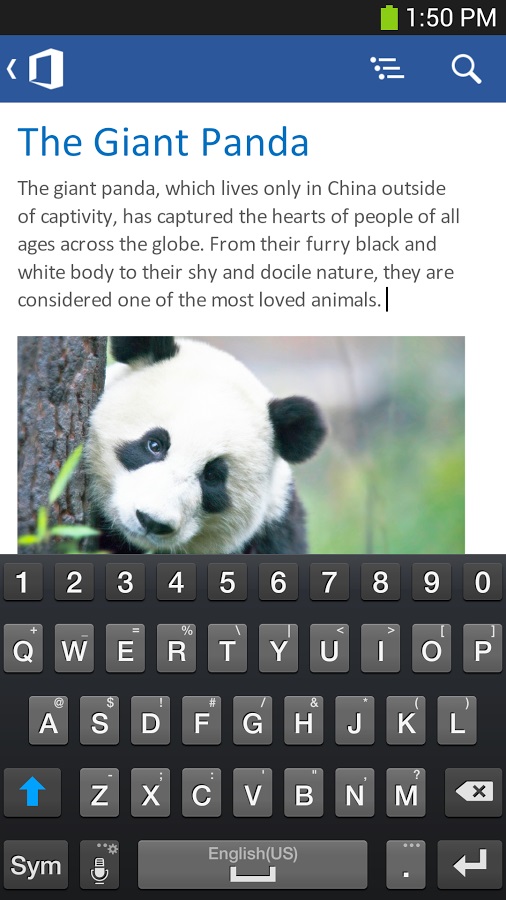 MS's mobile Office suite is integrated with OneDrive and SharePoint, supports editing of documents from e-mail attachments, and is designed to look as good as possible on small screens. A particularly nifty feature is Resume Reading - When opening a Word document from OneDrive or OneDrive for Business on your phone, it automatically resumes at the place where you left off reading, even if you last viewed the document on your PC or tablet. It's little gems like this that make Office work more comfortable than ever. 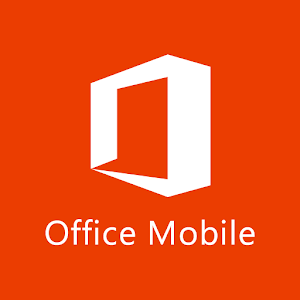