There is a good percentage of mobile users prefer to play video games when they have to kill their time. And knowing while mobile is better at games can be its selling point. Redmi Note 8 Pro series is known as one of the best performing mid-range devices of the last year. The Redmi Note 8 Pro features a very powerful processor MediaTek Helio G90T which is specifically made for gamers. The latest price for the pro model is around $184 for the 6GB RAM and 128GB internal storage variants. What special about this phone is that it beats one of the very expensive Galaxy S20 Plus in gaming tests that came out as a surprise for many users.

The test was performed by YouTube Chong Li who posted a video on the gaming comparison of Redmi Note 8 Pro Vs. Samsung Galaxy S20 Plus. He played a top-tier game PUBG mobile which is a graphically intense game for mobile devices. He ran the test for 30-minutes and results were completely unexpected. The Redmi Note 8 Pro uses the MediaTek chip whereas the Redmi Exynos 990 struggle to maintain a stable 60fps for more than 10 minutes and dropped to 50fps. The drop is caused by overheating and throttling caused by game processing for a long time.

Here it is important to note that Galaxy S20 plus is available in Exynos 990 and Qualcomm Snapdragon 865 variants. Although the Snapdragon is only available for the USA and South Korea. The Exynos version is aimed at Asian countries. Although Exynos isn't too bad as well but can't compete with MediaTek processors. The latest Exynos 992 is 1-3% more power-efficient than Snapdragon 865 and its predecessor and we expect better work in the future as well. We may see Exynos 1000 chipset that will be made in collaboration with AMD. 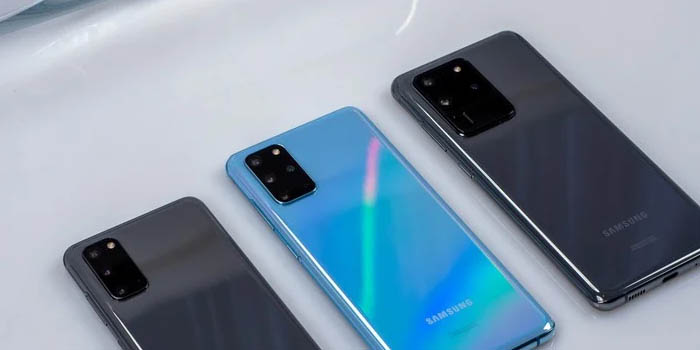 The Samsung Galaxy S20 series is one of the smartphone series of 2020. The series also includes one of the most expensive devices ever launched but even this phone isn't perfect. Luckily, there are always some workarounds, hacks, and software patches to help improve these glitches. Here is a list of a few problems you can face while using your Samsung Galaxy S20.

A few users submit a complaint related to their ever-changing refresh rate. Technically, this ins't phone's fault. Not all apps support that high refresh rate. So, if you have 120Hz refresh rate set as a default option, you may experience a drop to 60Hz if the app you are not using isn't compatible with such a high refresh rate or your device temperature goes above 42 celsius degree. This could be a side effect of prolonged gaming sessions or other processor-intensive activities.

If you are having trouble with having a smart unlock setup which doesn't seem to work most of the time, it might be your corrupt GPS connection. The problem occurs when you are using a smart lock based on the location like a home or office. This has been fixed by Samsung software update and should be working as intended. But if you are still having some issues, go to settings > advanced features and tap on Bixby routines. Tap on the name of the Bixby routine. Once the page opens, tap on Details. You will find "smart unlcok" on the list of existing presets in the "my routine" section.

Having a smartphone that randomly reboot can be really annoying. If this is something you are face, boot the phone into Safe mode and check if the issue persists. If it doesn't, an app that you might have recently installed is causing this. Uninstall the installed app and see if it works for you. If it doesn't go to Settings > device care >... > advanced and tap on the Disable auto restart option. If the issue still persists, you need to call the customer support or the shop owner from where you bought the phone.

With the Samsung Galaxy S20, S20+, and S20 ultra launched in March 2020, we were expecting another Samsung Galaxy s20 as a more affordable model of the phone. But instead of the ‘Lite' model, Samsung introduced the fan edition this year. Here is everything we know about the phone so far. Samsung has confirmed that it will host another event for the smartphone. The invitation features flashes through many phone colors - but we aren't sure if the event is for Fan edition. The event will take place on 23 Sept 2020 at 15:00 BST. You will be able the watch the event live online at its YouTube channel. The S20 Fan edition is expected to be stored somewhere in October 2020.

The Samsung Galaxy S20 Fan edition is rumored to launch at 900,000 won, which is around £580 in the UK or $760 in the US, both of which are lower than the S20, as expected. As the phone will come in a 5G version, we are expecting a slightly higher price but still under £700. Based on the rumors, the Samsung Galaxy S20 Fan Edition will have the identical design to the vanilla Galaxy S20 but may have a plastic rear side. The device will have a rectangular camera module on the back just like the S20 series and Note 20 series with a 3.3mm punch-hole front camera.

The phone is rumored to have a 6.5-inches display with a 120Hz refresh rate with 2400 x 1080 pixels resolution and 407ppi. Samsung has placed an under-display fingerprint sensor for a more refined look with a flat display rather than the curved one and Gorilla Glass 3 protection on the front side. The phone will be powered by the Qualcomm Snapdragon 865 chipset worldwide, and not Exynos in some regions, though a model with Exynos has now also appeared for 5G. Samsung Galaxy S20 fan edition will have a triple rear camera system with a 12MP as a primary camera lens, a 12MP wide-angle lens, and an 8MP telephoto sensor. The phone will have an optical zoom up to 3x.

Usually, new Android flagship smartphones prefer not to opt for the latest processing chip which is going to change for Pixel 5. The latest and most powerful processor by Qualcomm this year is Snapdragon 865. Samsung has installed the latest processing chip in its Galaxy S20 range for the U.S version and some Chinese manufacturers choose the do the same. But if rumors are to be believed, Google is going to use an older chip for its mid-range smartphone.

The Snapdragon 865 is certainly the fastest processor right now, but the chip is expensive and it also lacks an onboard modem. Qualcomm insists it is used in concert with the X55 modem to provide 5G connectivity. That means a more complicated internal design, which requires more physical space than an SoC that is integrated.

While sub-6 support comes as standard, the 5G network support is optional. These are the two leading 5G technologies right now. Despite having mmWave support for the plus and ultra models, Samsung decided to go without mmWave in the standard Galaxy S20. Google is using the next fastest chip - the Snapdragon 765G in Pixel 5. It is not fast as the latest chip but it does boast an integrated 5G modem. It's Qualcomm's first Soc with an integrated 5G modem that also supports sub-6 and mmWave. That means it requires far less space inside the device and has built-in support for 5G network connectivity. With the extra space left on the phone, Google may be able to fit a bigger battery in there or might tweak the sensor array to make the motion sensor more useful.

As the chip isn't expensive as the latest processor - you don't have to pay anything extra in the name of the small addition of speed. With the optimized software and UI, there isn't much need for the extra speed. Google has never been a hardware company and relies mostly on software to do its tricks. The pixel 3a is the perfect example of its capabilities that might be a beat or two slower than the flagship smartphones but can do clever things that other phones can't.