Samsung has now officially been confirmed as top cell phone supplier of 2012. Three research companies have identical results in this matter. According to the strategy analytics, Samsung ended on shipping 213 million cell phones in 2012, with an increase of 21.6 percent in the handset sales and a whopping 213.8 percent increase in the Smartphone sells. In the last quarter of 2012, Samsung shipped 63 million phones; Samsung even beat the previous best record of Nokia with 100 million sales in a year.

According ABI research company, Samsung shipped over 60 million phones in 2012 and IDC reports 67 million. But, according to both of them Samsung ended on top of the shipped. Lastly, the research companies have also named top 3 cellular brand of this year but there is slight conflict in it. According to strategy analytics: Samsung, Apple and Nokia were the top 3 brands, whereas according to the other firms: Samsung, Apple and Huawei were the top three.

Another survey and another great result for Samsung Co! Recently, a survey was carried out by the name of mystery shoppers to know the 3 best smartphones and tablets. This survey was not a public one, but, involved some of the biggest retailers' of smartphones. Among the retailers, the biggest name were John lewis, Everything Eveywhere, O2, 3, PC World, Malpins, and Phone 4.

The survey turned out to be one side as most of the retailers named Galaxy Note 2 and Galaxy S3 as the best phones. Only competitor behind these phones was iPhone 5 who was nominated by only two of the retailers. Even though, there was an advertising campaign of other phones going on at the retailer's but they recommended Samsung's phone best in terms of quality and demand. There were no commissions provided to the retailers, but, it was just fabulous quality of Samsung that has led to such inspiring results.

Apple's current CEO Tim Cook did not want to sue Samsung over smartphone patents, according to a new Reuters report. He was opposed to the lawsuit, largely because of Apple's supplier relationship with Samsung, according to Reuters.

Steve Jobs was the one that really wanted to go after Samsung in the courts once he saw how it was copying the iPhone and the iPad.

Despite the fact that Apple won its trial against Samsung in California, its litigation results around the world haven't been great. More importantly, the patent suits haven't slowed down the rise of Samsung one bit.

And since then, he's done just that. Apple settled with HTC. And Cook has talked to Google and Samsung about settling other lawsuits.

According the BusinessInsider, American Airlines bought 17,000 samsung Galaxy Notes last fall also called a "phablet" because it's part smartphone and part tablet. The idea is to equip each flight attendant with a device that gives them ready access to the latest flight information and other customer service information.

In an interview with the Business Insider, Lisa Canada, American Airlines Managing Director of Operations Technology explained why:

Looks like Samsung continues to win over Apple on many fronts.

Rumors about the Galaxy Note 3 have started surfacing days before the big reveal on the Galaxy S 4 on the 14th. SamMobile, the trusty herald of juicy Samsung news, reports that the company is still unsure about the type of display that it will use on the Galaxy Note 3. This device is pretty popular and could even potentially unseat the S 4 with regards to sales because it has a large following.

According to rumors, Samsung plans to replace the smooth OLED-based display with super high quality LCD display from Sharp. It can be noted that Samsung has acquired interest over Sharp's screen display enterprise.

One possible advantage to this "news" is that the S-Pen actually sits well with the newer LCD panels and this could actually be a good thing for the Note 3. Also, it is not necessarily a big step backwards because LCD technology has improved since. However, it may affect the range of colors that the Note 3 panel can actually display. 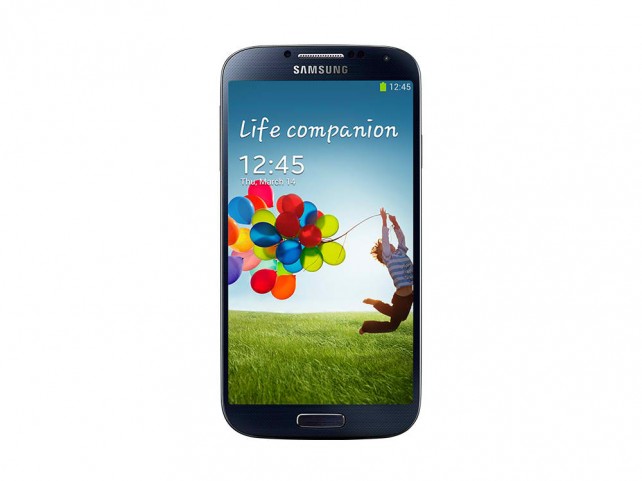 Those who buy the new Galaxy Tab 3 in its 7-inch, 8-inch, or 10-inch variety or a Galaxy Tab 2 10.1 Student Edition get the Boingo WiFi access, three months of Hulu, plus the newly-added free Dropbox storage. But the Google Play credit is dropped to $10, and there's no WatchON credit.

Even so, the Dropbox storage is worth about $120 based on their Pro pricing, and if you really do choose a Samsung tablet over the compelling alternatives, this should make your new hardware all the sweeter.

However, it seems the offer is good for U.S. customers only, so others are out of luck. The promotion will run until September 30, and is available with purchases from any U.S. retailer. Hit the source link for more details.