The Huawei 7nm HiSilicon Kirin 980 is the current champion of Android SoCs, but it looks like the latest Exynos chip is all ready to challenge it. While that may or may not happen, at least there is no doubt about the fact that the 8nm Exynos 9820 is going to be significantly more powerful than the current gen Exynos 9810. In fact, it will even be able to support 8K video recording, which is something that may not have much use as of now, but it definitely highlights the prowess of the upcoming SoC. Check out some of the highlighted features of the chip below, as showcased by Samsung during the unveiling earlier.

·        Support for five cameras in total and 8K video recording

This is good news for those that are waiting for the Galaxy S10 to upgrade, especially since it all but confirms the fact that there will indeed be three rear cameras and two front cameras on the Galaxy S10+ in 2019.

A recent Google Camera APL teardown by the famous tech blog XDADevelopers hints that Google's next mid-range smartphone may have the 24fps video recording. The teardown was of Google's camera latest update - version 7.3.017 and it also includes a few minor tweaks to the app interface and functionality. The app reference towards Google's upcoming device - Pixel 4a. The codenames sunfish, redfin, and bramble appear next to a string titled "pixel_20_mid_range." These codenames could mean reference to the Pixel 4a development board and the other codenames refer to the actual upcoming Pixel 4a devices or it could mean nothing specific. All guesses are just speculation at this point.

The teardown report also suggests that possible 24fps video recording support coming to the Google camera app in the near future. There are two strings hitting at this feature. This could be exciting news for the people who look at the camera specs while making the purchase decision regarding the smartphone. As of right now, people can only record video in either 30fps or 60fps on Pixel devices, but 24fps is the standard frame rate used for film making.

There are a few features that landed in this Google camera update too. Google camera is currently rolling out to the Play store, so you can grab the update as soon as it is available for the users. The update completely reorders the camera apps setting men, pushing the flash settings toggle to the top of the device. It also has a new feature that automatically enables do not disturb mode during the video recording. This means there won't be any notification appearing on the screen while you are shooting a video using pixel 4a even if you forgot to enable it.

Google's Pixel smartphones are loved by the excellent photography results, though the fan base doesn't feel the same about its video recording abilities. Google is making steady improvements to the video and audio recording capabilities of its Pixel smartphones. It seems like the company is listening to the feedback of its users and video creators in general.

Google started to roll out the Camera update for the handful of users earlier this year. Although, there wasn't much noticeable change in the update. The only significant change was a new listing in the settings app called "Do not disturb access needed" when the user hasn't granted the do not disturb permission to the camera app. Once you activate this option, the smartphone pauses any notification while you are recording videos, so you won't be disturbed while making the videos.

Another change is related to a new fps option in the video recording settings. Right now, Pixel 4 can go up to 30fps when recording at 4K resolution, or you can select from auto, 30fps, or 60fps while recording at 1080p resolution. Google may add a third option to the settings app and that will allow recording in 24fps. The average user records at 30fps with the occasional switch to 60fps, which is why Google has defined the auto option by default.

Another leak last week surfaced for Google's mid-range Pixel smartphone. These code-names were sunfish, redfin, and bramble. Sunfish is using the Qualcomm Snapdragon 730 processor, while the other two are powered by Qualcomm Snapdragon 765 that also supports 5G networking. These code names were spotted next to a string-valued "pixel_20_mid_range" which suggests that these are indeed related to the next Google's Pixel 4a series. It is believed that the sunfish and bramble are likely the code-names for the two Pixel 4a smartphones, Pixel 4a and Pixel 4a XL.

Pros and Cons of Recording or Taking Notes
Technology 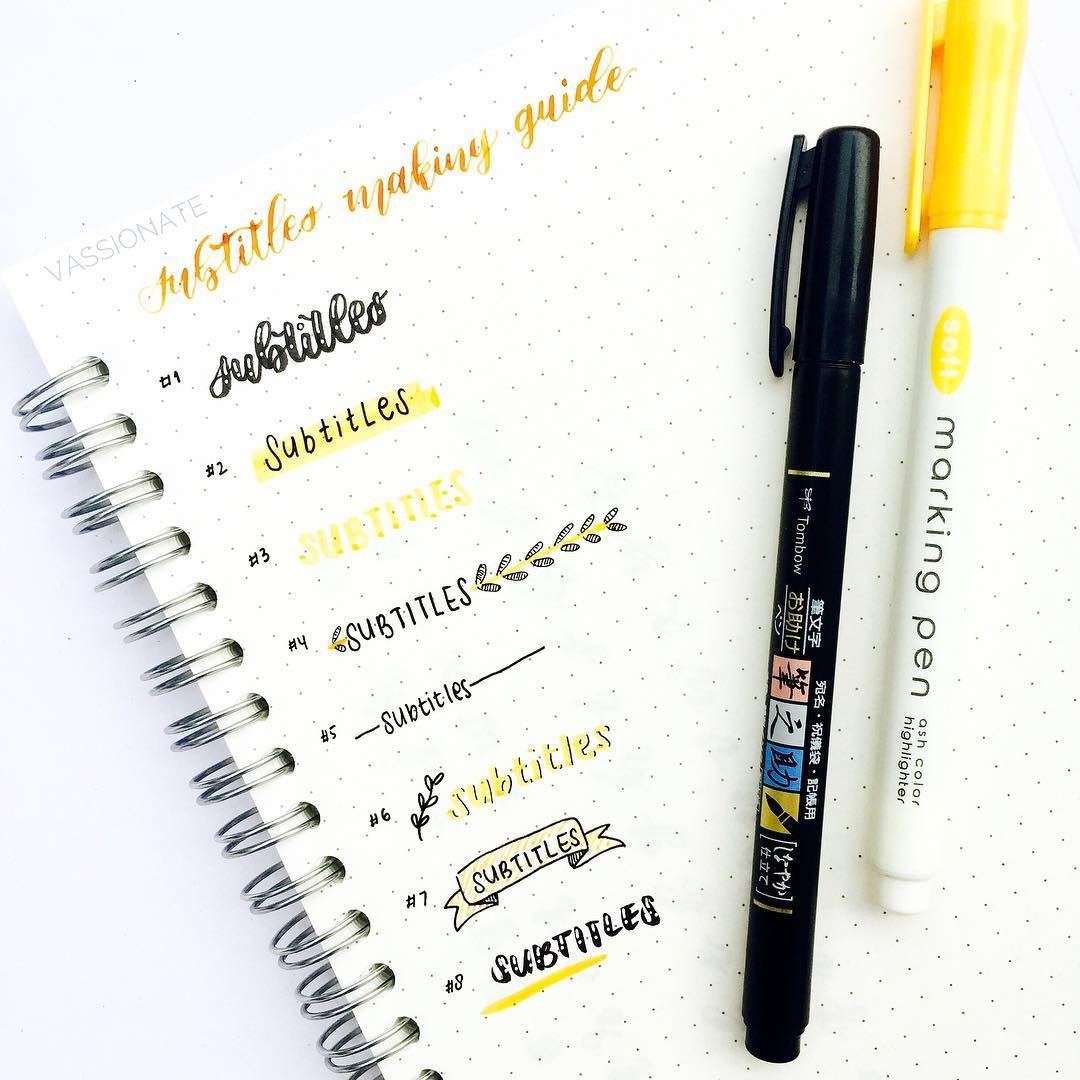 Subtitles are everywhere, even in places you didn't realize; they are now a standard part of the majority of videos on the internet, from social media platforms to YouTube, you can choose to have subtitles on films, streaming services and everything in between. Subtitles are a huge part of media for those who make the videos and for those who watch. They are no longer only there for people who struggle with their hearing, they are useful for everyone and we are going to tell you why.

Why Are Subtitles Important?

There are a few reasons why subtitles are important so let's look at each one. Firstly, time after time research shows that the majority of videos watched on social media platforms, for example, LinkedIn, are viewed with the sound off. More often than not, people are viewing these videos on their phone as they are sitting on the bus or train on the way to work, or they are watching them at their desk in the office; because of this, the majority of the time people do not turn on the sound, they don't want to disturb those around them and the subtitles mean that they can still enjoy the video.

Secondly, another trick that a lot of sites use is to set their videos to autoplay, again, LinkedIn is a great example of a site that does this. By setting videos to autoplay, they are not giving the user the option to scroll past and ignore it, instead, once it starts playing, the user frequently feels compelled to watch the video because their curiosity has been piqued and they want to know what it is about, how it ends or something similar. Having videos that autoplay is extremely smart, and since they are always set to autoplay on mute with subtitles, it causes less of a disturbance to the viewer, and they are more inclined to get invested in the video - muted videos with subtitles are essential to getting the viewer to stay longer.

Finally, of course, subtitles make the videos more accessible to those who have hearing impairments on any scale. If you don't include subtitles in your videos then you excluding an entire group of people, people who could well be part of your target audience, people who might never get to learn what your videos are about because they have no way of knowing, and you could inadvertently exclude hundreds or thousands of people. Always include subtitles on any video then you can be sure that you are reaching everyone you possibly can.

How Do I Add Subtitles to a LinkedIn Video?

The first thing you need to do when adding subtitles to a LinkedIn video is to find the right tool for the job - and that tool is audio to text transcription service Audext. Audext is a piece of software that carries out audio to text transcription, so your subtitles can be written for you with very little effort on your part. Gone are the days of tirelessly pausing videos as you try to keep up with what the speaker is saying, never again will creating subtitles feel like an overwhelming task. Subtitles are vital for captivating an audience and reaching people who might otherwise be missed, and Audext ensures that you have completely faultless subtitles every single time without you having to compromise with your own free time. Once you have the transcript of the subtitles, they can simply be added to the video in one quick step. Because of this software, the process for adding subtitles has been made unbelievably uncomplicated.

Why Audext is Right for You?

Audext is one of the fastest and most efficient transcription tools available and is far more advanced than its competitors. With Audext you can not only have your audio transcribed but it also automatically matches the audio to the text. Additionally, you can edit any text in the editor afterward, and again the audio matches up for you. The audio to text abilities of Audext even goes so far as being able to recognize individual speakers based on speech patterns and structures.

In a world full of transcription services, Audext consistently stands out head and shoulders above the rest and is the perfect tool for creating your subtitles quickly, easily, and most importantly, accurately. 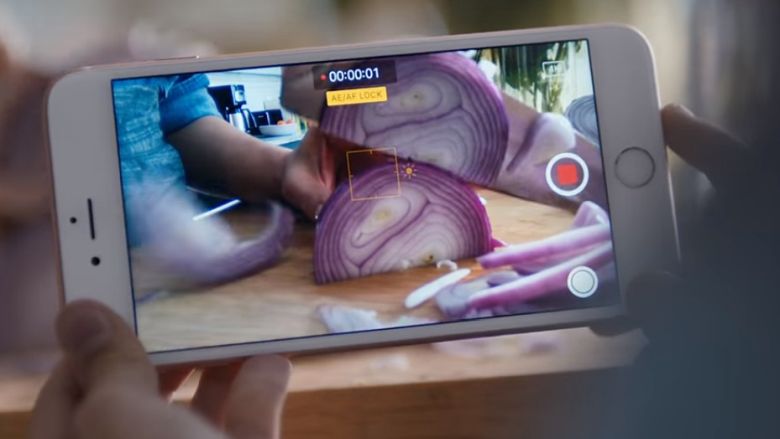 Two brand new commercials were released by Apple today and they are both about the iPhone 6s. The one about "Onions" is a hilarious and light-hearted commercial that highlights the 4K video recording capabilities of the iPhone 6s in a rather funny way. We see a young girl shooting some onions being chopped on her iPhone 6s, while recording at 4K. The video soon gains universal popularity and changes the art of film making itself! People all over the world are touched by it and she ends up getting a prestigious award for that video, which is presented to her by actor Neil Patrick Harris. It is good to see that Apple is open to humor these days, as made evident by many of their recent ads.

The commercial released to highlight the advantages of Touch ID was not as dramatic or funny though. It simply reminds people that Touch ID can be used for more than just unlocking your iPhone 6s. Unlocking cars, payment via Apple Pay and even signing on documents are all possible through Apple's little fingerprint scanner. Although the recently launched iPhone SE is also capable of 4K recording and has support for Apple Pay, it wasn't shown in either of the commercials.