Flip phones were a thing about eight to ten years back when the Moto Razr ruled the smartphone kingdom with a slick design and a sexy fold. Phones have since evolved slowly into small powerhouses with gigantic screens and all sort of sensors on them, but one cannot quite undermine how beautiful and unique the phones looked back then. Samsung however, has not left out the design completely even from its latest smartphones. In fact, there's even a flip phone in China right now (W2017) that's running on Android Marshmallow, sports a Super AMOLED 4.2-inch 1080p touch-enabled display and is powered by a flagship Qualcomm Snapdragon 820 chipset!

Samsung is about to move a step further with a new design for its next flip smartphone, which will resemble any other brick style touch screen Android device in the market, but will also be capable of being folded like a traditional flip phone. The foldable display, assisted by a specialised hinge will make carrying a large-screen phone much more feasible and not to mention, a lot more stylish as well. Take a look at the renders to get an idea of the concept.

We are pretty sure that what we are seeing here is a result of Project Valley, announced back in March, 2015 by Samsung. Could this be the Galaxy X that we had been hearing about just a few months ago? 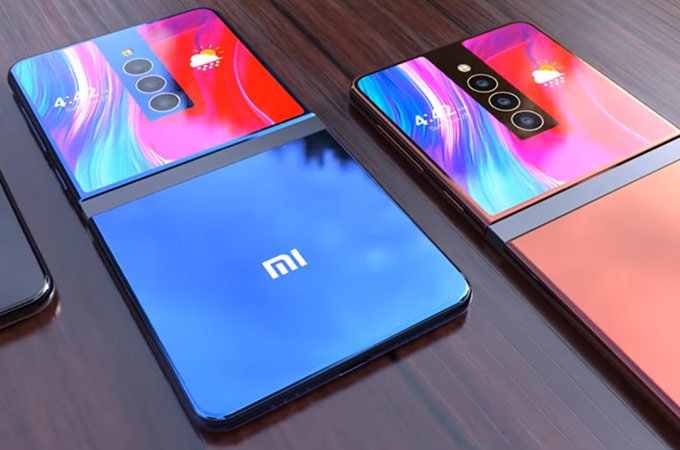