Apple disappointed many iPhone 4 owners with the news that Siri, the digital personal assistant technology, would only be available on the new iPhone 4S, and efforts quickly began to hack Siri onto the older smartphone. Developer Steve Troughton-Smith got the local app running with no problems, but faced Apple servers refusing to play ball with anything but the newest iPhone. Now, with the judicious application of some validation tokens from an iPhone 4S, its possible to get Siri on the iPhone 4 and iPod touch up and running, even without official support from Apple itself.

"It does require files from an iPhone 4S which are not ours to distribute, and it also requires a validation token from the iPhone 4S that has to be pulled live from a jailbroken iPhone 4S, and its about a 20-step process right now" Steve Troughton-Smith, developer

Meanwhile, a second video has already demonstrated Siri running on the iPod touch 4, though in this case there are some hardware limitations. Thats around the iPod microphone, however, which is less sensitive than that of the iPhone 4/4S: Siri demands a strong, clear voice if its going to pick up any commands

Still, You should not expect to see a public release of this particular Siri hack any time soon!

One of the coolest features of the new iPhone 4S is Siri. The virtual assistant will let the user do all sorts of things using their voice alone. Siri will text for you, find the local weather and lots more. Siri does use the data connection on the iPhone 4S to reach its servers back at Apple though. The heavy use of Siri has reportedly put a big strain on some mobile networks.

Bloomberg reports that data use for iPhones has doubled with Siri. Take the doubling of data with all the new users that the iPhone 4S is attracting, and you get a lot of new data use on mobile networks.

A high-ranking source with a major electronics retailer has told TechnoBuffalo to expect the long-rumored Apple TV set this April, or possibly May at the latest. Speaking on conditions of anonymity, the source said they have seen "gorgeous, very thin" pre-production versions of the set in person, and that they employ OLED panels at various sizes up to 42-inches. If true, Apple set will debut as the largest OLED based HDTV on the consumer market. LG and Samsung debuted 55-inch OLED sets at CES earlier this month, but neither is set to launch as soon as April.

While there is no info if the set will be running its own version of iOS, we do know that will have deep integration with devices based on the popular operating system. The set will also sport Siri style voice controls as well as facial recognition software, and plans for the TV voice control system are said to far exceed what's currently in use on the iPhone 4S. 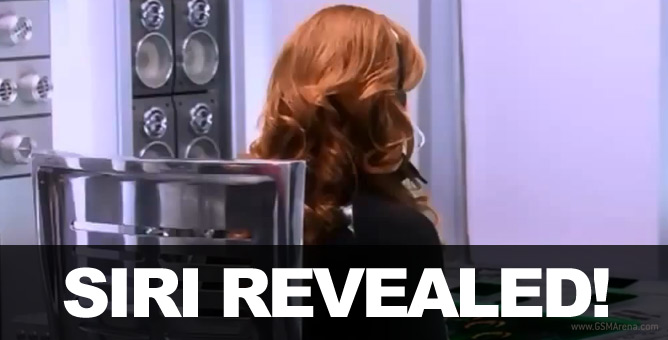 You know Siri, Apple Newest App, The voice-powered personal assistant found in Apple iPhone 4S is a mysterious one. Nobody has seen her until the last episode of The Big Bang Theory. There is one of the main characters in the CBS series, gets the new iPhone 4S and inevitably falls in love with Siri and her voice.

Must See Video Below!

Apple may not made any ads for the super bowl game like all other companies, but Apple Marketing team was making two new ads to advertise the iPhone4s which were recently released by Apple and Siri is again the star of the show in both instances.

"Road Trip" the ad is clearly gunning for the Valentine's day gift purchase idea. Add to that the obligatory Apple website redesign swathed in red text and suggestions of romantic engravings for the back of your iPod, iPad or iPhone.

Here is Why Apple Personal Assistant was Named Siri
Apple

I think this Question came across your mind, Why Apple Named her voice personal Assistant app "Siri" ?

Interestingly, Jobs was not quite happy with the name Siri as it did not begin with an "i" However, the name of the feature remained unchanged because he could not come up with a better alternative. That is what Dag (co-founder of the company that brought the feature to the world) himself revealed during a speech that he gave earlier this week. He also shared details as to why he chose the name Siri:

"I worked with a lady named Siri in Norway and wanted to name my daughter Siri and the domain was available," Dag explained. "And also consumer companies need to focus on the fact that the name is easy to spell, easy to say." 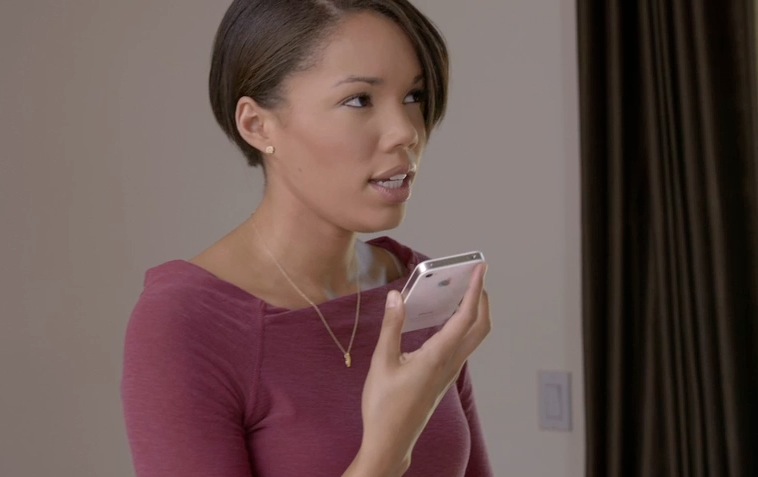 Its also inteseting to know that the Norwegian translation of "Siri" is "beautiful victorious counselor". 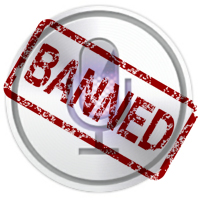 If you have a question for Siri, you better ask it outside of IBM's territory because the digital assistant out of Cupertino is banned on their HQ due to security concerns. In addition to Siri, iCloud and Dropbox are also not welcome in the workplace. 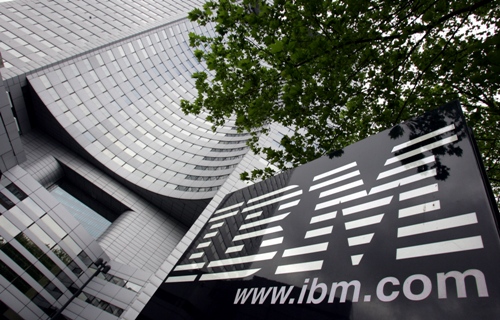 So what is IBM worried about? If you've ever used Siri, you've agreed to this but IBM didn't:

"By using Siri or Dictation, you agree and consent to Apple's and its subsidiaries' and agents' transmission, collection, maintenance, processing, and use of this information, including your voice input and User Data, to provide and improve Siri, Dictation, and other Apple products and services." Apple's Siri Terms of Use.

Apple's iPhone 4S New marketing strategies involving Hollywood celebrities has the intended effect. The company just released two new ads starring John Malkovich. In the Ad john hacing a chat with Siri about life and jokes, You can check the two Video Below!

Just one Week left for Apple's World Wide Developers Conference WWDC 2012 and the iOS 6 details is leaking out. Apparently, iOS 6 is going to bring the full Siri experience to the iPad, and not just the limited dictation that's available now. but which iPads will get the full Siri update ?.. it Seems to be that Siri will be exclusive for the New iPad only. 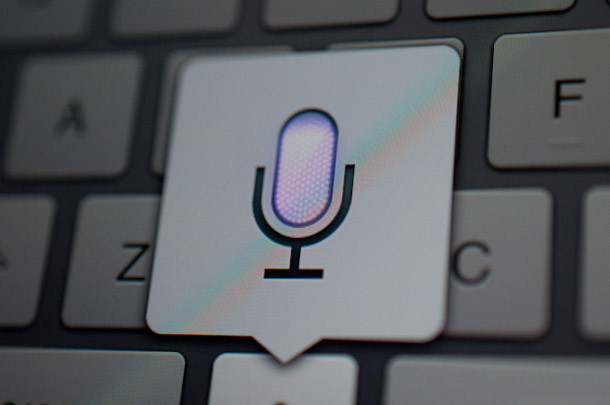 However, According to 9to5Mac sources, Apple has been testing Siri on both the iPad 2 and the new iPad (aka 3rd gen), but it's unclear if the software will be made available for the iPad 2. It seems likely that at the very least the new iPad will get the bump, and it would be in Apple's interest to not put Siri on the older hardware as well.

HTC Endeavor ROM was leaked today with HTC Sense 4.0 UI, Along with diagrams of the upcoming smartphone along with hints of an "HTC Speak" potential Siri-rival being dragged from the leaked ROM. Curiously, although the graphics used in the ROM as part of the SIM-insertion sequence show the angular Android device leaked last week. Meanwhile, Members who is digging on this ROM has apparently un-revealed a movie editing app and not the regular Google one along with HTC Speak, a voice command system.

Unfortunately, right now there is little more than naming information for the new HTC apps. It is unclear whether HTC has followed in Apple footsteps and created or licensed a true Siri-style digital personal assistant, or whether it is the more mundane voice-dictation and shortcut system we have seen on other Android devices.

Google Assistant, Siri-like App from Google coming on Q4 of this year
Android 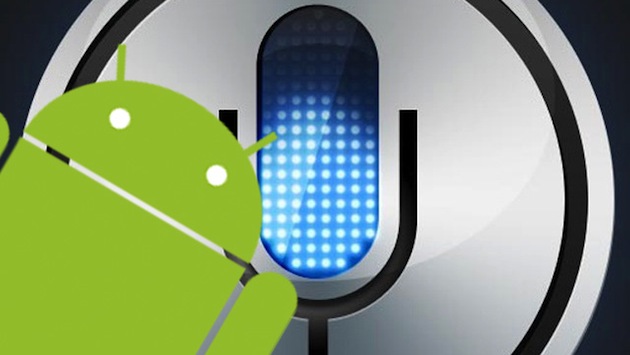 After Apple introduced Siri personal assistance for iOS, Google had to fight back by improving its voice command software to take a New shape and higher intelligent integrations. A report from TechCrunch showing that this product may have codenamed as "Majel" and to be officially named "Google Assistant" when released.

Google Assistant is now in the hands of the Android team. Reports showed Google goals of this product, There is three goals Google will accomplish on this product :

Unfortunately, Google Assistance will be release by Q4 of this year. 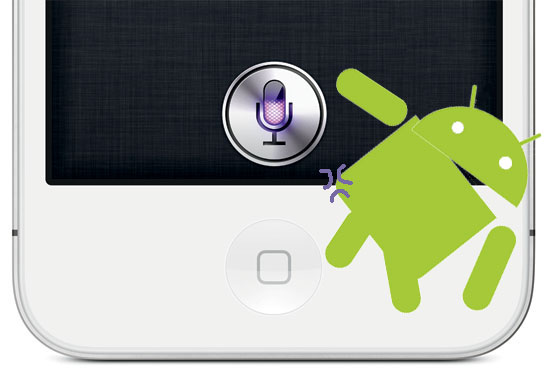 While whatever Google produces will naturally bring comparisons to Siri, Google has higher aspirations. There has been some speculation that the finished design would make Google's virtual assistant much more powerful with more capabilities than Siri. 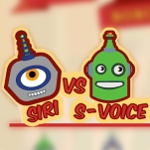 Dialaphone decided to find the answer to that question and pitted Siri against S Voice. What's more is that they organized the results from their research in an infographic and shared it online for the world to see. Enjoy and tell us what you think on the Comments section below!

Thanks to the so-called Siri patent, Samsung has sent out an update for the AT&T version of the Samsung Galaxy S III that disables the units' ability to do local search. This universal search function is at the heart of the '604 patent that is the main focus of recent court rulings that have ordered a preliminary injunction on the Samsung GALAXY Tab 10.1 and the Samsung GALAXY Nexus.

"Samsung has updated the software for the Galaxy S III as a precautionary measure to ensure that U.S. consumers may enjoy using our innovative products without interruption." - Statement from Samsung

While the Samsung Galaxy S III is not a focus of the legal battles, at least for now, Samsung says it is removing local search as a precaution so that U.S. owners of the device can enjoy using them without interruption.

Google I/O 2012 conference is just a few hours, WSJ confirms that the new Android 4.1 JellyBean will feature a "voice-activated assistant, similar to Apple's Siri", which we may have heard about as the Majel project.

Google is also reported to give some good news for developers regarding G+ and Wallet, allowing them to build their own apps on top of its social networking and mobile payment services.