Samsung reportedly is planning to release a 12.2in tablet in the third quarter as it looks to further challenge Apple's iPad.   The rumor is according to a report from ETNews who claims that Samsung Display and Sharp are set to supply a display of 12.2″ to Samsung Electronics for an upcoming device, and since these displays are manufactured by Sharp, they will come equipped with IGZO technology and could potentially sport a display resolution of 2560×1600. The device is also expected to come with a stylus, a feature which is found as part of Samsung's Galaxy Note range which explains why there is speculation that this could be a Samsung Galaxy Note 12.2 device.

Calling the Samsung Galaxy Note 12.2, will also feature an included S Pen stylus, which means we can expect to see the usual set of preloaded apps such as S Note and S Planner. It's unclear yet which version of Android the tablet will run, but it's likely to be Google's yet unannounced Android 4.3 mobile operating system, skinned with Samsung's Touchwiz user interface.

There's no word on a release date or pricing yet, but Samsung is likely to announce the device in August or September.

HP joins the tablet-manufacturing bandwagon and another Android tablet will hit the market under the name of Slate 7. It will run on Android 4.1 Jelly Bean, instead of the webOS, which just goes to show how Android has totally killed smaller operating systems and has left a lot of companies with no choice but to switch to their platform.

The Slate 7 (for 7 inches), priced at $169 is a lot more affordable than its closest competitor the Asus Nexus 7 and it features a dual core ARM Cortex A9 processor that clocks in at 1.6 GHz with 1 GB memory. It has 8GB internal and an expandable storage using a microSD card. It has front and rear cameras and its audio is powered by Beats.

Although it has a lower resolution display as compared to the Asus tablet and it is a good entry-level tablet for those who don't care to update their operating systems each time. It also comes with an HP application that allows you to print-an excellent value for the price. 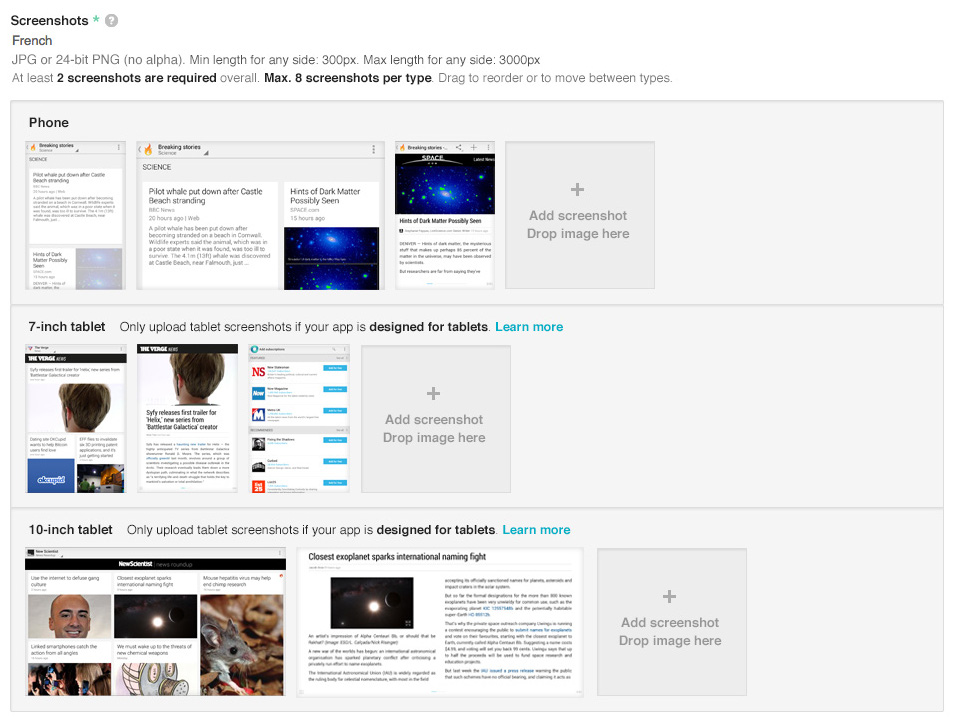 Beautiful Widgets gets updated with tablet widgets and much more
Applications

Beautiful Widgets, the perfect widgets application get a facelift and is back in a brand new version!

Tons of widgets, tons of themes, just for you. Beautiful Widgets is your best friend for customizing your home screen. Make it personal, be unique & express yourself.

Beautiful Widgets was the first paid app reaching 1 million of downloads. It has been Google Editor's Choice for more than a year, and more then 3 years in the top #5 paid applications in the Android Play Store (previously Android Market).

Unlock your Smart phone or tablet with NFC Ring
Applications

The NFC Ring will be able to activate any NFC reader, but smartphones will be the easiest to implement. There is already an app in Google Play that lets you unlock a device with NFC, and the NFC Ring would make that super-convenient. If you have an NFC lock on your door, the NFC Ring can be used to open it. Much less common than a phone with NFC, but still neat. The NFC tag is only on one side, so you won't have to worry about it triggering a reader unless you hold your hand in a certain way.

Take your NFC enabled phone out of your pocket, slide your hand on the back and the NFC Ring can unlock it. It couldn't be easier. The NFC Ring comes with two special NFC tag inlays inside the ring, one for public information and one for more sensitive stuff.

Want to be able to use your ring to open your house? No problem. Just grab yourself an NFC enabled door lock, install it and your NFC Ring can interact with it.

The NFC Ring is water resistant and has been testing to a depth of 50m.

You can use your NFC Ring to share Wifi information, links to websites, links to pictures, contact information or whatever you think is suitable to be passed securely to your friends smartphone's and tablets.

You can also use your NFC Ring to start apps with custom settings (parameters) which makes it even easier to use your device. How about turning wifi or bluetooth on for example, at the swipe of a hand?