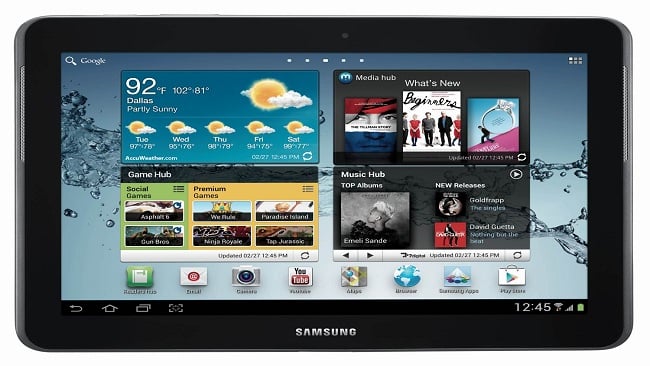 Hurray to another device that received the Jelly Bean update. Sprint has brought Android 4.1 Jelly Bean to the 10-incher Samsung Galaxy Tab today. It can be recalled that other variants for the device were already upgraded and the update was issued only for the "Wi-Fi only" Tab 2.

The Android 4.1.1 will bring about enhancements and additions on notifications, system and it will also allow users to enjoy Google Now. Other fab features are the Project Butter and photography applications and other bonuses.

It will probably take weeks to complete the roll out but be assured that it will definitely come to all Sprint Tab 2 devices. You will receive a notification prior to installation and it won't take long starting from now, so better check constantly on your tablet's "About" section.

The update is available over the air (wirelessly). The update notification will be pushed automatically to Galaxy Tab 2 10.1 users during the next few weeks. Once the download is complete, you will be prompted to install the update. Installation will take a few minutes, and your device will be disabled during the installation process. It will be ready to use when the process is complete.

• Google NowTM gets you just the right information at just the right time, like how much traffic to expect before you leave for work or when the next train will arrive as you're standing on the platform. Google Now can be accessed by launching the GoogleTM app from the app tray.

• Smooth transitions enable effortless movement between home screens and apps, like turning pages of a book.

• Widgets work like magic as you place widgets on the screen, everything else automatically moves to make room; when they're too big, widgets resize on their own.

What feature updates caught your eye? How will you use Jelly Bean on Samsung Galaxy Tab

CloudOn, the popular free mobile productivity app that gives its users access to Microsoft Office on their smartphones and tablets, was only available on iOS and for Android tablets like the Nexus 7 until now.   Starting today, it's available to most Android smartphone users.